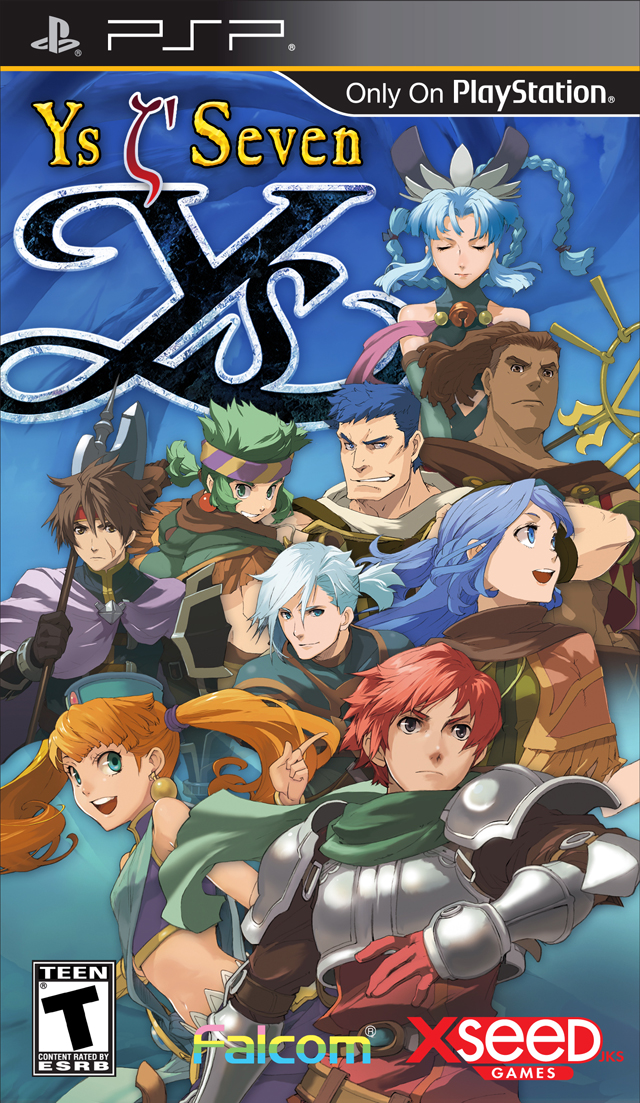 The famous warrior Adol Christin and his friend Dogi travel to the country of Altago in search of adventure. They immediately get into trouble with the authorities, more specifically the local Dragon Knights, as they attempt to prevent them from harassing young women. The king, however, wishes to engage their service in the investigation of strange earthquakes that have been plaguing the land. Adol and his friends soon discover that a greater evil is at play, and are determined to stop it. Ys Seven is an action role-playing game, and (from the point of view of the series' chronology) a direct sequel to The Ark of Napishtim. Like in the previous games, combat relies mostly on physical attacks. In this installment, however, the player controls a party of characters. It is possible to switch between characters and allow the computer AI control the rest of the party in combat. Skill points (SP) are awarded for defeating enemies; each character can equip up to four such skills, allowing him or her to execute various moves. Skills are learned by equipping particular weapons and leveling them up until the weapon in question is no longer required to equip. Powerful burst attacks that require a special meter to fill, active blocking, and countering moves are available as well. The ability to jump form the series' later installments has been replaced by dashing.