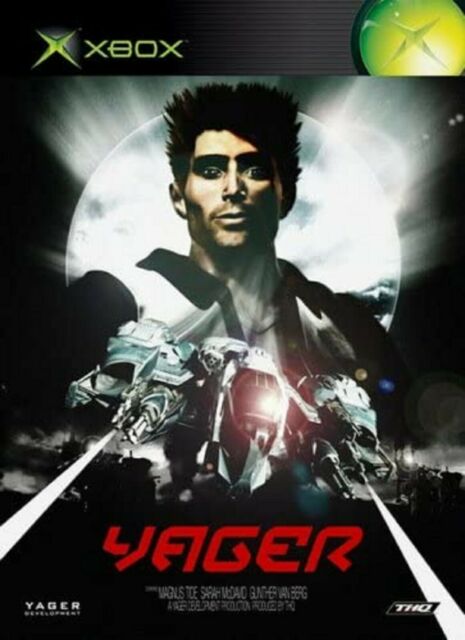 Yager is a futuristic aerial combat game that puts the player in the role of air ace Magnus Tide. After crashing his plane, losing his job and being dumped by his girlfriend, he feels like his life can't get any worse. Fortunately, Magnus managed to get himself a new ship and a new job as a freelancer for his former employer, Proteus. Unfortunately for Magnus, his new job couldn't have come at a worse time, as the world is on the verge of full scale war. It is this war that Magnus must survive and prosper in. From the cockpit the player must shoot through 22 missions through responsive terrain, with ground and air targets. As the game goes on, better machinery becomes available