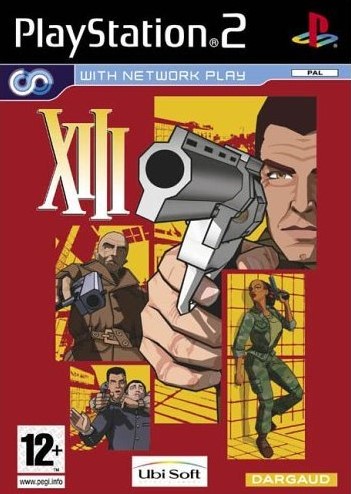 The much-awaited, super-stylistic first-person shooter from Ubi Soft is finally with us, after proverbially drenching our appetites for some months with its super cool screenshots. Boasting a gripping storyline, action-packed gameplay and graphic novel-style visuals, combined with all the usual elements of your average FPS, XIII is one of the most unique games we've seen in quite a while. The game's story sees you wake up on a desolate strip of New England Beach. As far as background goes, that's about it. All you know is that the president has been shot and that you are being hunted by a killer, the FBI and the US Army. You have XIII tattooed on your shoulder and you are in possession of a key to a safety deposit box. From here a conspiracy of epic proportions soon unravels, as you embark of the quest to uncover the truth and establish your innocence. At its core, the game is primarily a standard first-person shooter, with you carrying out an assortment of objectives throughout various different environments, armed to the teeth and taking out myriad bad guys. That's where the similarities end, however as, stylistically, XIII is presented like a graphic novel. It's all cel-shaded, comic-style pop-up windows populate each scene, helping to tell the story, onomatopoeic 'Blams', 'Whooshes', 'Booms', and 'Kapows' accompany the action sequences like the old Batman TV series, and everything from the narration to the animation help make the experience more akin to taking part in a comic. Gameplay blends a variety of elements together throughout the game. Considering the conspiracy-based plot, it's not surprising that stealth plays a part in the proceedings but, conversely, the overall action-packed style means that there's plenty of explosive stuff going on there as well. Throughout the game, objectives range from covert infiltration to heavy combat, with you making use of everything from human shields to bazookas. Aside from the main single-player game, XIII also comes complete with a comprehensive roster of multiplayer features that take advantage of the PS2's relatively new online capabilities, as well as support 1-4 player split-screen play. As such, there's a wealth of classic game modes like Deathmatch and Capture the Flag, as well a few new ones, such as the co-operative, rather self-explanatory Cover Me mode. As mentioned before, XIII is an extremely unique experience. The idea of cel-shading may not be very new these days but the overall effect here is, and it must be seen to be fully appreciated.