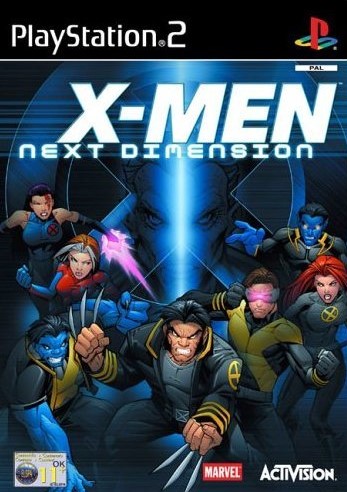 With the second X-Men film on the horizon, it seems like a good time for Activision to release a beat-em-up based on the popular Marvel characters. Especially considering that just about enough time has passed to allow us to forget that the first film was not actually very good in the first place. X-Men: Next Dimension plunges players into the midst of a powerful enemy's plot to rid the world of mutants, delivering a Dead or Alive-style 3D fighter in which all the favourite characters battle it out mutant style. 20 different X-Men characters are selectable initially, with four secret ones unlocked as you progress through the game. As you may expect, each of the heroes have their own signature moves, as well as a variety of special arts manoeuvres, making for some big-scale, heroic battles that faithfully recreate the comic book style of the game's origins. The game's expansive 3D environments also enhance these large-scale battles. Eight maps with up to 26 sections provide the locations for the action, offering interactive scenery, destructible objects and eight-way movement - throw a punch at an opponent and send him through a window, then, continue the fight into the next section. The gameplay itself follows pretty much exactly that of your typical beat-em-up, with the usual 99-second time limit and the old 'smack 'em until they run out of health' premise. There are also a number of elements inspired by the Street Fighter Alpha series, such as super moves and combos, which offer more freedom to the player mid-game. Not just a pretty license, Next Dimension is a worthy fighting game in its own right, ideal for Marvel fans and beat-em-up kids alike.