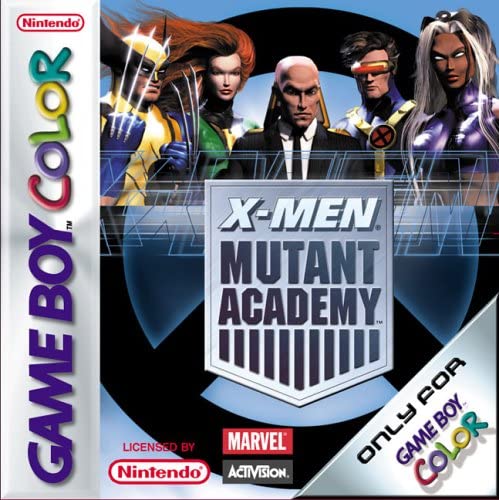 Like its bigger brother, X-Men: Mutant Academy on the Game Boy Color is a fighting game starring Marvel's famous mutants. Due to the obvious hardware limitations, the stages in this version have been designed in 2D, and there are also differences in gameplay. The character roster includes four X-Men (Cyclops, Wolverine, Storm and Gambit) and five evil Mutants (Magneto, Toad, Mystique, Sabretooth and Pyro). There are also two additional secret characters, whose unlocking codes are revealed upon beating the game's story mode. In addition to the story mode, in which one character takes on all the others in consecutive fights, there is a training mode, battle mode (featuring teams of three characters each), survival mode (one character taking on all others with only a single bar of health) and a versus mode utilizing the Game Link cable. The Game Boy's two buttons are used for kicks and punches (or basic mutant abilities like Cyclops' eye beam). During a fight, a rage bar will slowly fill, which allows using powerful special attacks activated through button combos.