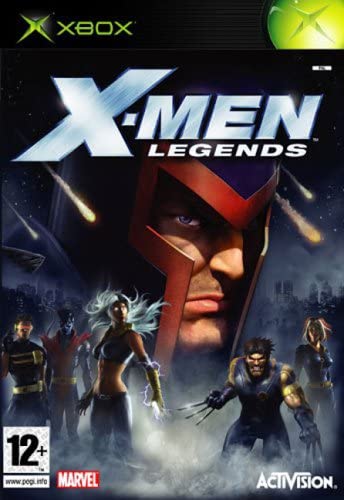 An Activision exclusive in the world of interactive entertainment, the X-Men series of video games is one that is always welcomed by ardent fans and most comic book readers. Rarely has a year gone by without several beat-em-up related offerings hitting shop shelves, and 2004 remains no different, thanks to the somewhat anticipated team-based RPG, the aptly named X-Men Legends. A game with some 15 playable X-Men, Legends sees players control a group of four of Xavier's finest as they struggle to foil yet another evil plan from archenemy Magneto, this time threatening to enslave the human race for all eternity. It's a story typical of any Marvel offering, but it's certainly in keeping with the comic book series, and is reinforced by a cartoon-like visual style that genuinely helps to make the adventure that little bit more authentic. Getting into the game proper, players will control a team of four X-men - either alone with the help of the computer, or with the help of up to three friends - as they proceed through a series of gruelling 'dungeons' that must be completed in turn before reaching a climax in Magneto's realm. Dungeons here are essentially a series of mapped out rooms, in which there lies any number of enemies and puzzles. Defeat the enemy and you can move on, collecting experience as you go. At first glance, basic combat is very simple, comprising of a series of kicks and punches. But as players become more familiar with Legends' play mechanic, they'll unearth a whole plethora of combos and special attacks. Uncovering these hidden combo variations is half the fun, as they reward players with additional experience that will later help them upgrade their X-Men's abilities. Though X-Men Legends will appeal first and foremost to fans of the Marvel comic book characters, this game can easily be played and enjoyed by anyone. And that's how it should be.