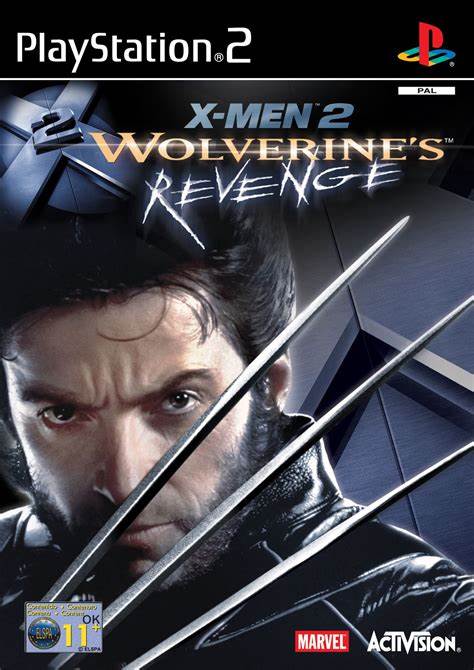 Poorly manicured X-Man Wolverine returns to PS2 with revenge on his mind. He's been infected with a deadly virus that will kill him in 48 hours, and your job as the player controlling our unfortunate hero is to get the antidote from the mysterious organisation that made him what he is now - a mutant with a limited amount of time to live. Wolverine's Revenge is a bit different to Activision's previous X-Men releases, in that it's a step away from the yawnsome two dimensional beat 'em ups that, luckily for next-gen fans, now seem confined to the Game Boy, for example. Wolverine's Revenge is a third-person perspective, 3D roamer of a beat 'em up, with added visual loveliness. Upon assuming the role of Wolverine, gamers have to defend themselves against soldiers and evil mutants by executing combinations of some of the hairy one's trademark moves. Stealth tactics are an option too, and avoiding conflict is a really good way to preserve your health. That's not to say that Wolverine, despite having a name like some exotic fruit, is a sissy. With an indestructible skeleton and super-fast healing abilities, he's ready for anything. Wolverine's Revenge isn't just all about the X-Man in the title though; there are more familiar figures strewn throughout the games many levels, such as Wendigo, Omega Red and Juggernaut. Huddersfield's most famous fan Patrick Stewart (with respect to Reece Dinsdale) is also present as Charles Xavier, helping out Wolverine with the gift of telepathic communication. Mark Hamill of Star Wars fame is in there too. So, the gloves are off - were they ever on? Have you seen those claws!? - and Wolverine's Revenge is about to be unleashed with some mighty fine hacking, slashing and bottom-kicking. He's got 48 hours, so spare him some time, will ya?