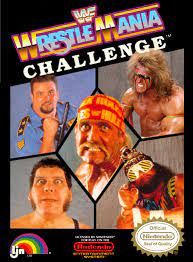 WWF Wrestlemania Challenge features many of the WWF greats, such as Ravishing Rick Rude, The Big Boss Man, Andre The Giant, "The Macho Man" Randy Savage, Hulk Hogan, "Hacksaw" Jim Duggan, Brutus "The Barber" Beefcake, and The Ultimate Warrior. The player can go through a small career trying to become the WWF Wrestling Champion by playing as himself. There are also one-on-one playdowns, as well as Tag Teams (two versus two). The survivor series is where three wrestlers take on three others, and the last team standing after the other has been eliminated is the winner.