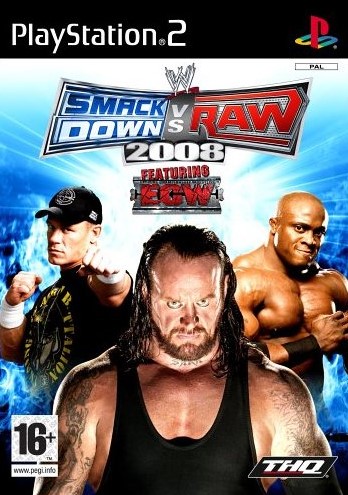 Wrestling, it's just a bunch of big men in pants brushing and touching each other isn't it? Er, and slamming each other into tables. Well, however hardcore and manly it is, it still commands a lot of respect worldwide - the WWE Smackdown series has seen great success since its debut on the PlayStation all those years ago, and although we're no longer treated to the likes of Kurt Angle and The Rock, many love to sit and watch the drama unfold on the canvas and play the latest games. There are closer ties with the WWE corporation itself for the game this time around, with writers for the TV shows creating various scripts for the game and wrestling stars getting involved with motion capture and representation of their personalities on screen. There is the introduction of 'fighting styles' too - a list of eight personalities and attributes, one of which is given to each wrestler to feel different from each other. Before there wasn't much call between playing as Rey Mysterio or Big Show - now the two feel like worlds apart. Wrestlers designated as 'High Flyers' have a lot of speed and agility, allowing for your character to roll out of tight situations, use the ropes more effectively and to set a 'pin trap' which will reverse any pin made by your opponent. On the other hand, a 'Powerhouse' style will always rely on strength - if a wrestler's arms aren't damaged, they can always break out of a pin, allowing for some strategic play against different fighting styles. 'Powerhouses' also have a Rampage meter, which allows the fighter to become invincible and deal extra damage when full. Oiled up men, tiny pants and oodles of body slamming. What's not to love?