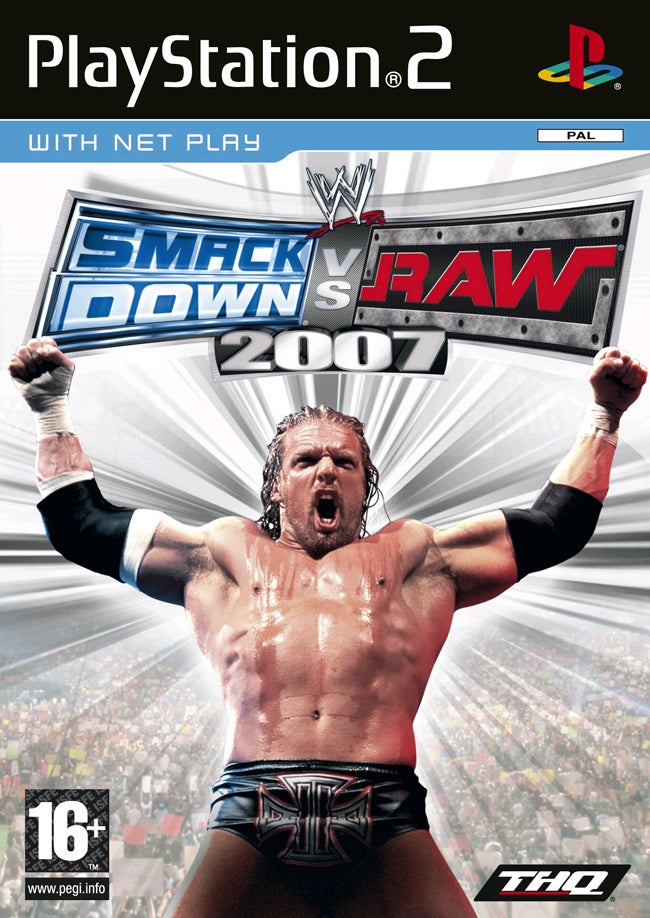 WWE SmackDown! Vs. RAW 2007 is the third game in the best-selling wrestling franchise published by THQ. This version offers many new features, amazing graphics and highly realistic wrestling action. Naturally, this version of the SmackDown! Vs. RAW series is the most extensive to date. The game uses a completely new Analog Control System that makes the action in the ring much more lifelike, with new elements of control and intuitive movement. An improved Season Mode provides gamers with unprecedented levels of player choice and multiple branching storylines, which should add considerably to the longevity of the game. With countless WWE superstars to choose from, including Kane, Triple H, King Booker T and John Bradshaw Layfield, fans of the sport will be anything but disappointed. In and out of the ring, countless user-controlled environmental hotspots enable gamers to take full advantage of anything at their disposal to help ensure they kick some bottom. It is also possible to experience the intensity of WWE fans in a brand new, interactive fighting area. Players can grab weapons, such as baseball bats, chairs and piping, as well as signs from the crowd. Another new addition is the new high impact combination moves that let players take the power of WWE Superstars into their own hands. Other features include lovingly-rendered graphics, an improved version of the much-loved General Manager Mode and updated rosters for both SmackDown and RAW. If all that isn't enough, you and your mates can piledrive the living daylights out of each other using the online multiplayer facility. The latest game in THQ's WWE SmackDown! Vs. RAW series is most definitely the nearest you'll get to the real action, but without wearing tight lurex outfits and grappling with big, sweaty men!