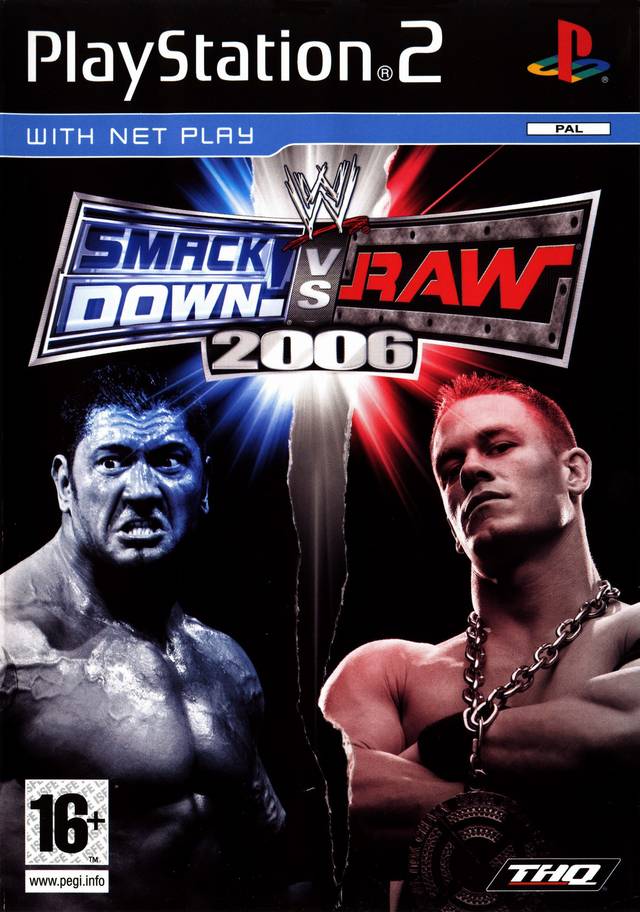 Last year saw the release of the first Smackdown! Vs. Raw. We won't pretend to be privy to the intricate differences between the two established flavours of THQ wrestling games, but it has to be good news that the publisher has taken to squeezing them both onto the same disk. It was certainly a popular move for wrestling game fans, who voted with their wallets and bought more copies of the last game than any wrestling game ever. THQ has made the genre its own, and now the publisher releases an update with the rather complex title of WWE Smackdown! Vs. RAW 2006. The makers promise this has something for everyone, both the 'pick up and play' accessibility for the casual gamer that big publishers tend to find so important, and the depth and realism that will keep the hardcore happy. The gameplay mechanic gets an extensive overhaul, with a so-called 'momentum system' that apparently makes it possible for the game to have increased depth and less daunting complexity at the same time. It's surprising that it's taken this long, but there has also been a stamina system implemented, which means you have to pace your attacks, giving a level of realism and strategy that you've never seen before in a wrestling game, or for that matter, a WWE wrestling match. New motion capture data makes the big oily fellas (and ladies) move more dynamically than the last outing, and the textures used to skin them (especially the ladies - must be the moisturiser they use) are higher resolution, so you really can see every crease in the lycra and every shimmer of the be-Soul Glowed hair. Match-wise, there are a hundred different types to choose from (including, we can reveal, the celebrated bra and panties diva match) and the new season mode allows you to take on not one but two successive seasons with unique cut-scenes and storylines. There's a ginormous roster with all your current favourites and the obligatory return of some old legends, plus the online mode gets bigger with a virtual WWE league in which you get to flex your virtual muscles. This is the next obligatory purchase for WWE fans with a PS2, no body-oiling required.