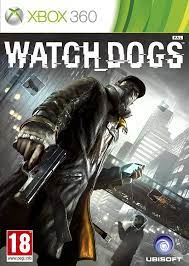 In Watch_Dogs, Ubisoft's open-world thriller that has been hyped to the moon and back, you play as Aiden Pierce, a hacker in Chicago on the hunt for his niece's killer. Yes, it's an open-world thriller. No, that doesn't mean that its defining feature will be driving over pedestrians as it has been in every Grand Theft Auto-alike since the dawn of.. well, Grand Theft Auto. In Ubisoft's vision of Chicago, the much-vaunted 'Internet of Things' is already a reality. For those who don't spend their free time reading the tech blogs, that means that pretty much every machine that could have a microchip does have a microchip. All systems are run through a centralised operating system, CTOS, which provides city-wide wi-fi and keeps the traffic lights changing when they should, the trains running on time and.. well, everything's automated, basically. The downside of this is the near-nonexistence of privacy as the all-seeing CTOS captures all your data and knows everything about you. It's all hackable, too, and as Aiden you'll make your way in the world by hacking all that personal data, not to mention all those lovely automated systems. When confronting an enemy, for example, you might use your smartphone to identify their location through a wall, hack a crane to drop a container on them or even send a fake text to distract them while you line them up in your crosshairs. It can all get a bit underhand if you want it to, and strategy is a definite must. The tables can be turned, however. If you play online, another player can slip into your game and hack your smartphone, then it becomes a race against time to identify who among the in-game characters is actually the interloper. Watch_Dogs is cyberpunk for the 21st century, and it may be your first taste of what's to come.