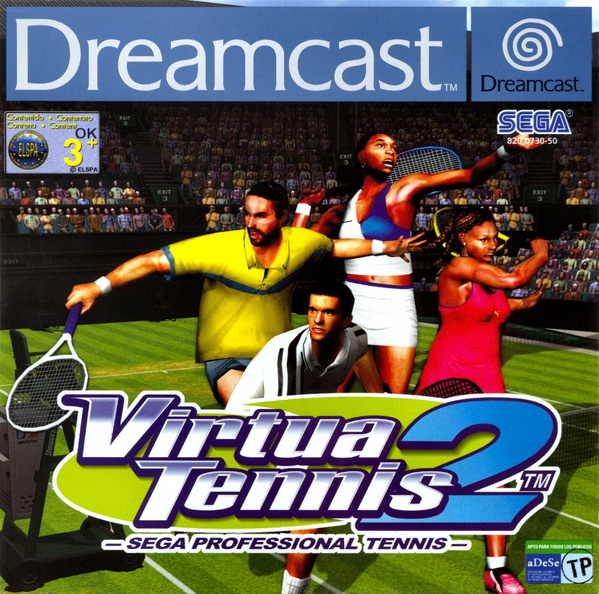 Sequel to the original game which was released two years prior. The games graphics have been improved, and there is a greater roster of players to choose from. The most noteworthy addition is that of female players, such as Monica Seles and Venus and Serena Williams. You cannot however play as a male against a female. The gameplay is a lot faster than the original. The players you control move a lot faster, as do the AI computer players. Less diving, but more getting at shots that go behind you and over the shoulder shots. The game modes from the original are the same, featuring tournament mode, where you play against the pros; exhibition mode for a one-on-one, best-out-of-three game; and world tour mode which now features the option of creating and customizing your own player. Build you player up, buy equipment and hire pros to play in doubles matches with you.