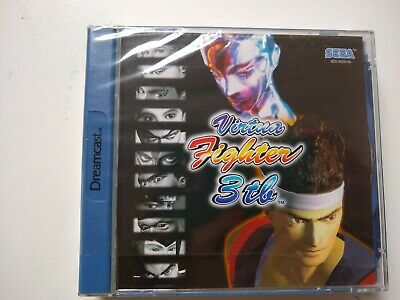 Virtua Fighter 3tb (Team Battle) is a port of the arcade game Virtua Fighter 3 to the Dreamcast. The "tb" adds a team battle mode which was not present in the coin-op. For those that do not know, the Virtua Fighter series is your classic beat-em-up, with a bunch of characters all trying to kick, punch, throw and body slam the bejesus out of each other. Each of the characters has over a hundred possible moves and the game plays very faithfully to the original. The game features interesting arena to fight in which are more like real locations in they are not flat and some parts can be broken away during the match. Boxed A Factory Sealed Arcade Fighter | 3D Fighter | Virtua | Virtua Fighter 3th | Virtua Fighter 3