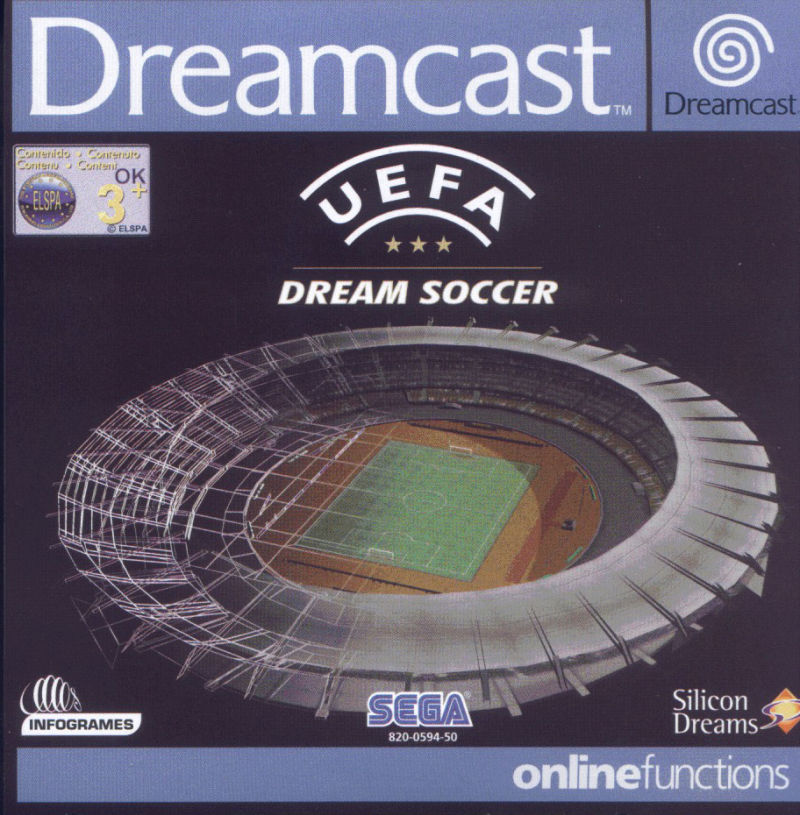 UEFA Dream Soccer is essentially an update of Sega Worldwide Soccer 2000 (same developer and game engine). The license pertains only to the clubs; player names are fictional. In this version there are also women teams, which look different but play the same. In-game commentary is provided by Alan Green, Barry Venison and Helen Chamberlain. Animation includes 200,000 frames. Internet play was offered by Dreamarena. There is an Arcade mode including game styles such as Time Attack and a Survival knock-out tournament. Traditional mode gives you league competitions and the full World Cup.