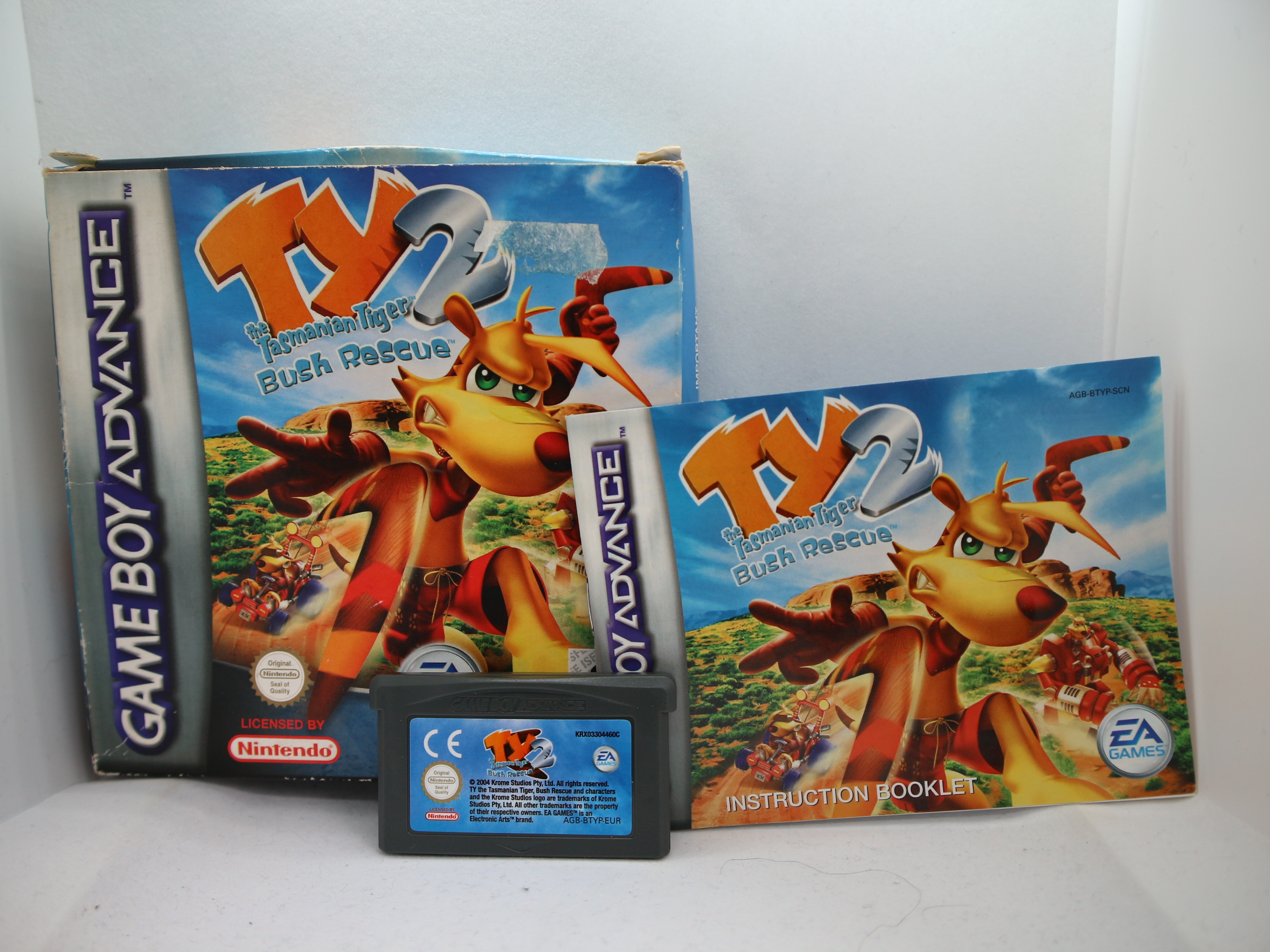 TY the Tasmanian Tiger 2 is a 3D Platformer with an Australian theme. The player takes the role of TY, a Tasmanian tiger, armed with sharp teeth and boomerangs a-plenty. On TY's quest to defeat the evil Boss Cass and his army of cold-blooded Frilled Lizards, he must assist the colorful residents of Burramudgee Town and the Southern Rivers, who include a tree frog, a lyre bird, a platypus family, some kangaroos and more koalas than you can shake a didgeridoo at. While most of the game is standard platform fare, there are some diversions. Notably, there are a number of cart racing tracks which can be played with a friend. Additionally, there are missions that will place the player in giant robots, each with a different speciality (one is good at battle, one can put out fires, one is a submarine, etc.). There are many comedic quirks, having the players throw electrified boomerangs at robotic dinosaurs in the Outback, then send them up in a helicopter to rescue sheep stranded by a flood, then have them clear a road following a traffic accident. And finally, to top it all off, the save/continue points are outhouses.