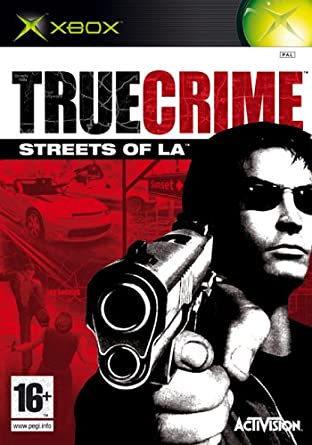 Nick Kang is a young Chinese-American detective who has been suspended from the Los Angeles Police Department due to his extreme methods of policing and his ability to cause massive amounts of damage to property. However, Wanda Parks, the Chief of the E.O.D (Elite Operations Division), requires Nick's assistance in a case that involves attacks on various venues in the Chinatown district. At first Nick is reluctant to help, preferring the vigilante life and focusing on avenging his father's death. However, he eventually agrees to conduct the investigation, on one condition: he must do it his way. True Crime: Streets of LA is a free-roaming driving and action game similar in concept to Grand Theft Auto III. The game's structure is mission-based; most of the missions are dictated by the story and initiate following a cutscene that advances it. Failing a mission still allows the player to continue playing through the chapter and undertake subsequent missions; in some cases this will lead to branching paths and optional missions. However, in order to complete the whole chapter the player must eventually succeed in all the main missions.