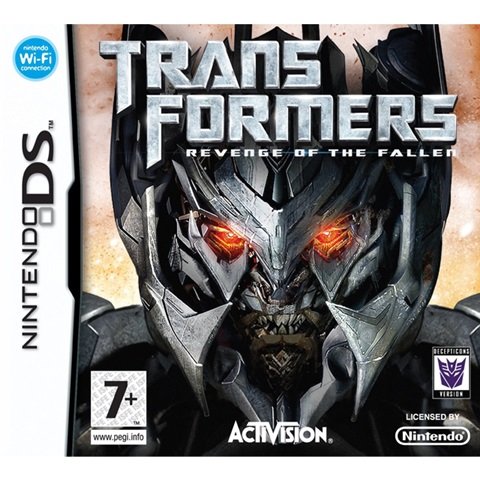 To tie in with the release of the second Transformers Movie - Revenge of the Fallen, Activision is releasing a video game version of the movie. The game is available for all current platforms, but for DS owners, things are a little different, because there are actually TWO games, one lets you take control of the Autobots, the other lets you choose to be a Decepticon. The game itself is a third person fighter/shooter which gives players the opportunity to step into the shoes (giant metal shoes, of course) of their favourite Autobots or Decepticons. As a giant robot, you can unleash powerful missile attacks on your opponents, or shoot at them with your shoulder mounted guns. If that's not enough, you have the power to unleash devastating energy blasts. Which side you choose determines whether your aim is to save or to destroy the human race. Whichever side you choose, you then get to drive, fight, fly and blast your way through scenes taken from the film and ones developed just for the video game. As you progress through the game, you unlock missions which you can then play in any order you prefer. New transformation actions can be performed at any time during the action, enabling you to strategically change between giant robot and land or air vehicles such as trucks and cars or helicopters and jets.. whichever helps you defeat your opponents at the current time. For the first time ever Revenge of the Fallen brings multi-player action to the handheld versions of Transformers. Players can go on-line to battle with or against their friends.