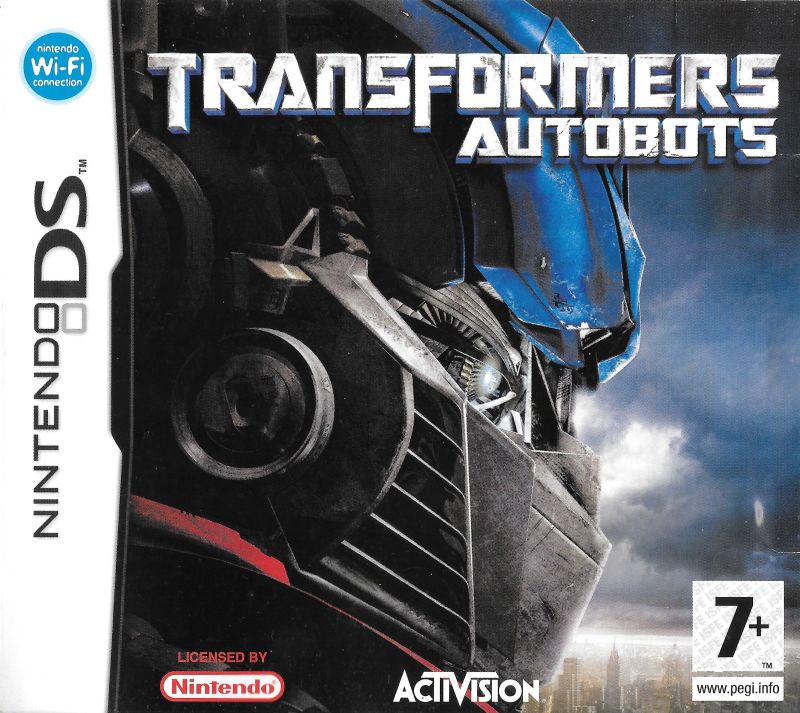 Transformers: Autobots is the first game of the double movie tie-in for the 2008 movie. In the Autobots version players take command of the good guys. The game start outs in the big city where the players learns how to control the custom Transformer. Tapping the touchscreen has the transformer change from a quick-moving vehicle into a huge robot. The robot form can climb buildings, smash cars or other world objects, fight Decepticons, and learn the basics of the mission on earth. From there the player completes missions in the city and travels to other locations. By scanning the large number of vehicles in the environment it becomes possible to transform into them. Some are just for fun, like the ice cream truck, but there are also helicopters and planes. Players can compete against your friends, including those who bought Transformers: Decepticons, in several game modes in local 4-player multiplayer. Through Nintendo Wi-Fi players complete daily missions to earn points for the Autobots side in the battle for the Allspark. Player profiles can be uploaded and looked up on the game's official website where other profiles or scores can be checked out or compared. Aside from the gameplay mechanics and visual style, the Aubots version is quite different from the Decepticons version, with its own characters, missions, focus on situations in the movie and a different conclusion. Unlike the console versions the Transformers are initially restricted in their abilities and need to level up to a role-playing-like upgrade system. The game's focus is largely on attacking as there are little to no means of defence (including blocking), instead there are plenty of health icons.