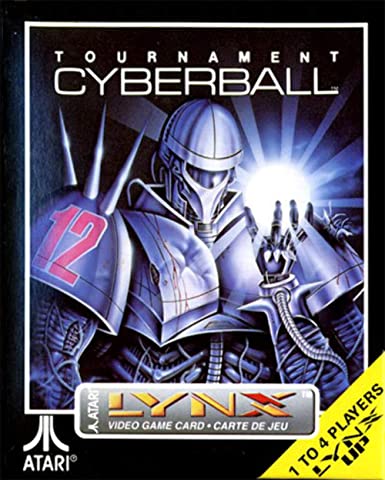 Cyberball 2072 is the sequel to Cyberball. The Cyberball series is a sci-fi imagining of American Football featuring giant robots as players, and a ticking time bomb as the ball. Players run plays, in the usual configurations familiar to American football games (pass plays, run plays, and options plays), in order to progress downfield and score touchdowns. Instead of downs and conversions in the usual sense, each time a team runs a play without passing the yardage necessary to achieve a first down, the ball gets hotter, eventually becoming critical. If the team with a critical ball fails to score or achieve a first down, the ball explodes, and any robot player holding the ball at the time is destroyed as well. The game does not feature field goals. Cyberball 2072 can be played either competitively or co-operatively. Each play, the offensive player plays the quarterback, and if a human player is playing on the same team, that player selects which robot they will control for that play. The defensive player(s) likewise select which robots they will control for the play, and each defensive robot player can activate a burst of speed once during the play. When a robot player is "tackled" -- knocked down -- it is damaged, and after a certain number of hits on previous plays, once it is hit again in a future play, it will be destroyed and fumble the ball, allowing either team to grab the ball and continue. The game is played in six periods, and, as a team scores and/or blocks the opposing team from scoring, the team earns money which can be used to upgrade its robot players. Upgrades proceed from plastic to various tiers of metallic robots, with titanium being the highest, each of which is faster and more durable than the last. Robot players that take hits to the point of damage can be replaced before they get destroyed and fumble the ball in-play. The arcade versions of Cyberball 2072 were released either in two-player cabinets with one screen, or in four-player cabinets with two screens. The latter version was called Tournament Cyberball 2072.