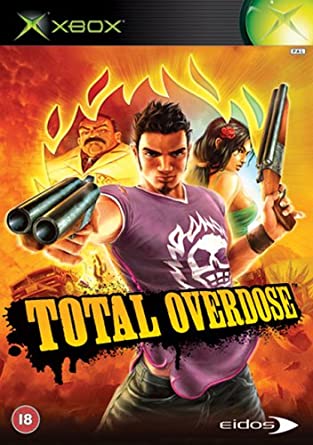 The year is 1989 and deep in the sweltering heat of the Mayan jungle, camouflaged among the Inca ruins, Ernesto Cruz catches his breath for a few moments and admires his handiwork, bodies strewn across the temple ruins, as he makes a last gasp effort to board a DEA plane to take him to safety. He never made it home, the tragic victim of an alleged 'OVERDOSE'. Two weeks ago Ernesto's son, Ramiro Cruz is hauled out of jail by the DEA to be told his twin brother, Tommy, works for them as an undercover agent and has some new information about their father's death. But, Tommy has had an accident with a hand grenade and now Ramiro must take his brother's place in an undercover operation closing in on the ruthless drug cartel overlord Papa Muerte. Through stylised Mexican neighbourhoods and jungle hide-outs to the swanky Californian coast; Total Overdose is an over-the-top, adrenalin-fuelled, free-style action, 3rd person cinematic adventure with a strong whiff of tequila. Crash cars, steal hats, shoot bad guys with style, jump bikes, fight in the street, meet girls, shoot more bad guys, find your fathers killer, hot-wire tractors, eat Burritos, catch planes, drink tequila; the Mexican heat can make people do the strangest things.