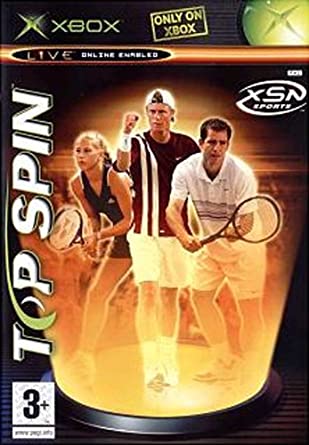 The virtual tennis game has become one of the industry's most popular genres in the last couple of decades, with releases such as Super Tennis on SNES and the more recent Virtua Tennis games from Sega proving immensely playable and competitive. Perhaps this is because - like the real life sport - tennis games in the virtual world are all about skill. A testament to this is Top Spin for Xbox. Making the most out of an official license, Top Spin plays host to 16 of the game's sporting greats including Pete Sampras, Anna Kournikova and Lleyton Hewitt. All characters look convincing and help to immerse the player in an engrossing game of tennis. In what initially appears to be a simple but solid tennis game, Top Spin employs an ever-popular gameplay mechanic whereby players must aim the ball with the analogue stick and choose their type of shot with single button press. There are also several obligatory game modes, featuring singles and doubles play, and there's even an extensive create-a-player mode to sink your teeth into. But what makes Top Spin special is online play. Via Xbox Live, players can partake in worldwide tournaments and competitions with players from anywhere in the world. You can chat to your opponents when playing, arrange tournaments via the web and even track your progress and rank on a global leader board. It really is a huge incentive to get your Xbox online. This way, games are more competitive, more compelling and more addictive than ever before. One day all games will be made this way.