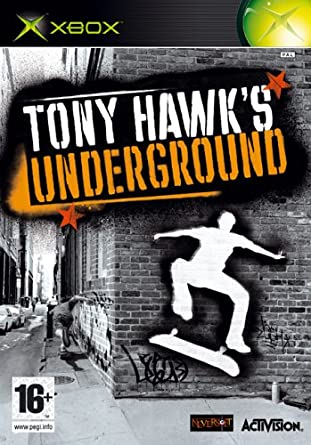 An extreme sport that has become immensely popular all over the world, skateboarding has also become one of the best-loved video game genres of the 3D gaming age. This is largely down to Neversoft's success with the Pro Skater series, first released on PlayStation in 2000. There have been three sequels since then, and the established series is now onto its fifth instalment with the 2003 release of Tony Hawk's Underground on Xbox. With Tony Hawk's Pro Skater 3 arguably the best in the series, even more popular than Pro Skater 4, developer Neversoft really needed to pull something out of the bag for its fifth Tony Hawk game, and that's exactly what the company has done. Like its predecessors, Underground boasts a variety of expansive levels, a sound library of extreme tricks, more than a hundred objectives, a solid play mechanic and lush visuals. But there's much more going on here. For this outing, gamers can play as themselves as they progress though a plot-twisting life story that takes them from local skate punk to championship skater. It's effectively a career mode, but here it's called Story Mode. Like, go figure. Players also have the freedom to create and name their own tricks, design bigger and better skate parks, and create their own objectives. Essentially, you can build your own game. The one glaring omission from the Xbox version is the lack of any online facility - no face-mapping, no sharing of game data, no downloadable content - that all goes on in the PS2 version. The infinite combo and multiplier scoring system remains intact, as does the series' refined control system. THUG is a stunning addition to an established and revered game series, and the Xbox version rocks as hard as its soundtrack. Shame it's all offline.