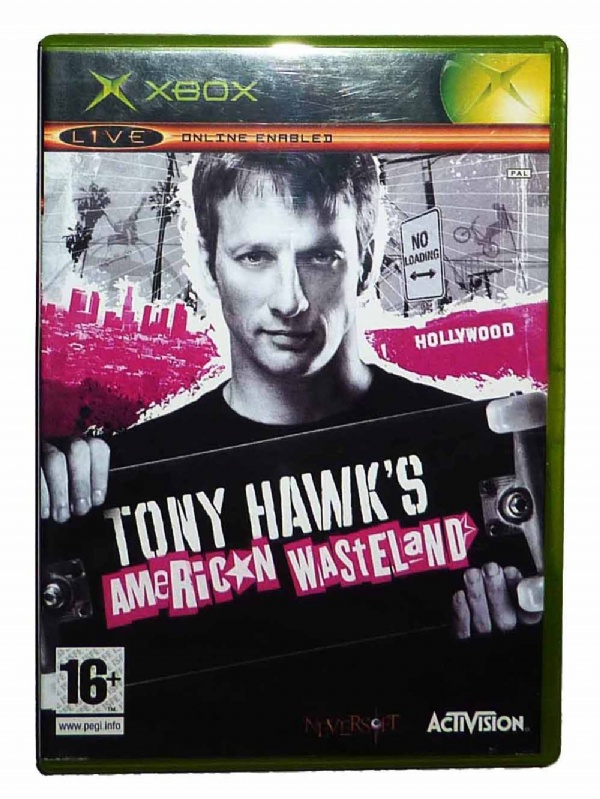 The first of a the new generation of extreme sports titles, Neversoft's first Tony Hawk game quickly won a legion of fans as a way to skateboard without all the sweat, blood, pain and injury, as well as attracting the attention of 'hardcore' gamers as a thumb trainer par excellence. The game has spawned a string of sequels and an even greater number of imitators as the franchise has gone from strength to strength. Now the game really comes of age in this latest instalment: Tony Hawk's American Wasteland. The game puts you in a sprawling environment that you freely roam without loading times: the home of skateboarding, los Angeles. The series has been heading more and more towards being a sort of Grand Theft Auto, only with skateboards, and now it is at its closest point yet to that dream. Roam freely about the city of angels, selecting missions at will, whether you be in East LA or Hollywood. For years the Tony Hawk franchise has competed with the rival extreme sport of BMX riding. Now the disciplines are united, with THAW giving you the choice to ride board or bike. BMXs get different a trick system and unique missions. Skaters get new tricks like one footed slides and manuals, as well as Bert slides and Natas spins handstands. And as ever, the game invites you to customise your rider, with tattoo parlours, clothes stores, barbershops and skate shops to visit. Lucky Xbox and PS2 owners get a chance to play the game online, too, and compete with their friends in classic, goal based gameplay. For those of us too old, fat, injured or scared to get on a skateboard, the king of the genre has returned.