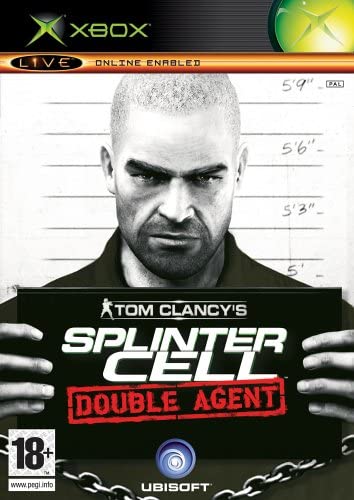 Playing a double agent is the new black. If you doubt us, see Infernal Affairs, or the Martin Scorcese remake: The Departed. But for the first time, the veritable Splinter Cell series gets on board the gravy-bandwagon-train. The general double-agent concept fits perfectly with the Splinter Cell series, which has always had its roots firmly in the espionage and stealth genre. And lets face it, if you are a double agent, best not to go drawing attention to yourself. So once more, you take the role of Sam Fisher. But this time, instead of stealthing around in black as part of the NSA 'Black Ops' agency and taking on the bad guys, you go undercover with a terrorist organisation and take them on from within. Sneaky. Sam's deep cover is set up by the intricate staging of a number of bank robberies and murders, the result of which is Sam ending up in jail with a terrorist organisation member. Together they break out of prison, and Sam is successfully inserted, as the spy types say. This undercover-brother schtick is not really a case of bandwagon jumping - it's an opportunity for Ubisoft to inject some drama into the series, as you are faced with moral dilemmas as your straight down the line good guy has to maintain his cover among the evil terrorist scum. As the first next-generation outing for the SC series, Double Agent looks incredible - and adds those touches we're coming to expect from the 360 - like a dynamic weather system that makes visibility variable during the game - adding tension to the already nerve-racking missions as your objective flickers in and out of view. And because this is all dynamic, the next time you play through the experience can be subtly different. Double Agent will see you traverse the globe, with levels as far spread as Russia, the Congo, New Orleans and Shanghai..so pack your toothbrush. You won't have much other gadgetry at your disposal, at least initially, as you have to maintain your cover. Map size in Double Agent is considerably increased - with the smallest map in the new game being larger than the biggest from the previous game, Splinter Cell: Chaos Theory.