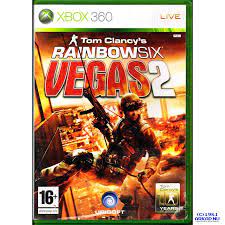 The team the player controlled in Tom Clancy's Rainbow Six: Vegas wasn't the only Rainbow Six-unit in Sin City at the time. Under the command of Team Leader Bishop a second squad cleared the backyards of the city while the other team enjoyed themselves in the casinos. The player takes control over Bishop and visits the other, dirty side of Las Vegas. The gameplay hasn't changed since the first title so the game again puts four team mates at the player's side which he can give orders with the tactical interface including "Move to" or"Use Gadget". As he moves through the enemy infested areas, getting covered by his team, defusing bombs, rescuing hostages, two of the new features become evident: the Persistent Elite Creation (P.E.C.) and the Advanced Combat Enhancement Specialisation (ACES).