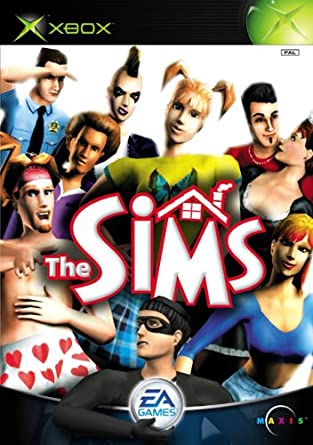 For a long time, Electronic Arts' immensely popular god game The Sims was a PC exclusive, complete with expansion packs aplenty. Then, unexpectedly, the company released a PlayStation 2 equivalent. It spent quite some time at the top of the charts, so it comes as no surprise that the series is now making waves on Xbox too. Quite different from your ordinary god game, this one is first and foremost about people. You play god, set yourself up a little family and watch them live out their daily lives whilst you tamper with their jobs, property, lifestyles, relationships, and other assorted aspects. Obviously, being a mere video game, herein lies the opportunity to experiment and have a little fun, without having to face the consequences that would occur in, say, real life. In terms of improvements and changes, there is one fundamental difference that sets the console version apart from its PC counterparts, and that's a 3D world. Now you can explore environments and watch your developing soap opera in full 3D thanks to the added power of the Xbox. The gameplay has also taken a slight twist, appearing with a more level-based structure. You start with just one Sim in a shack and move into bigger and better homes as you advance through life's big moments, meeting new neighbours and unlocking objects along the way. You can also create your perfect Sims home in an open-ended game play mode. Another first for the series is the option of a multi-player mode, which allows two players to control their own Sims in the same environment. The object in this situation is to play against each other for popularity and money. When you've done, save your house and Sims onto your memory card and take them home. The Sims for Xbox is likely to reach a top position in its respective chart and stay there for some weeks, and rightly so. Well worth playing.