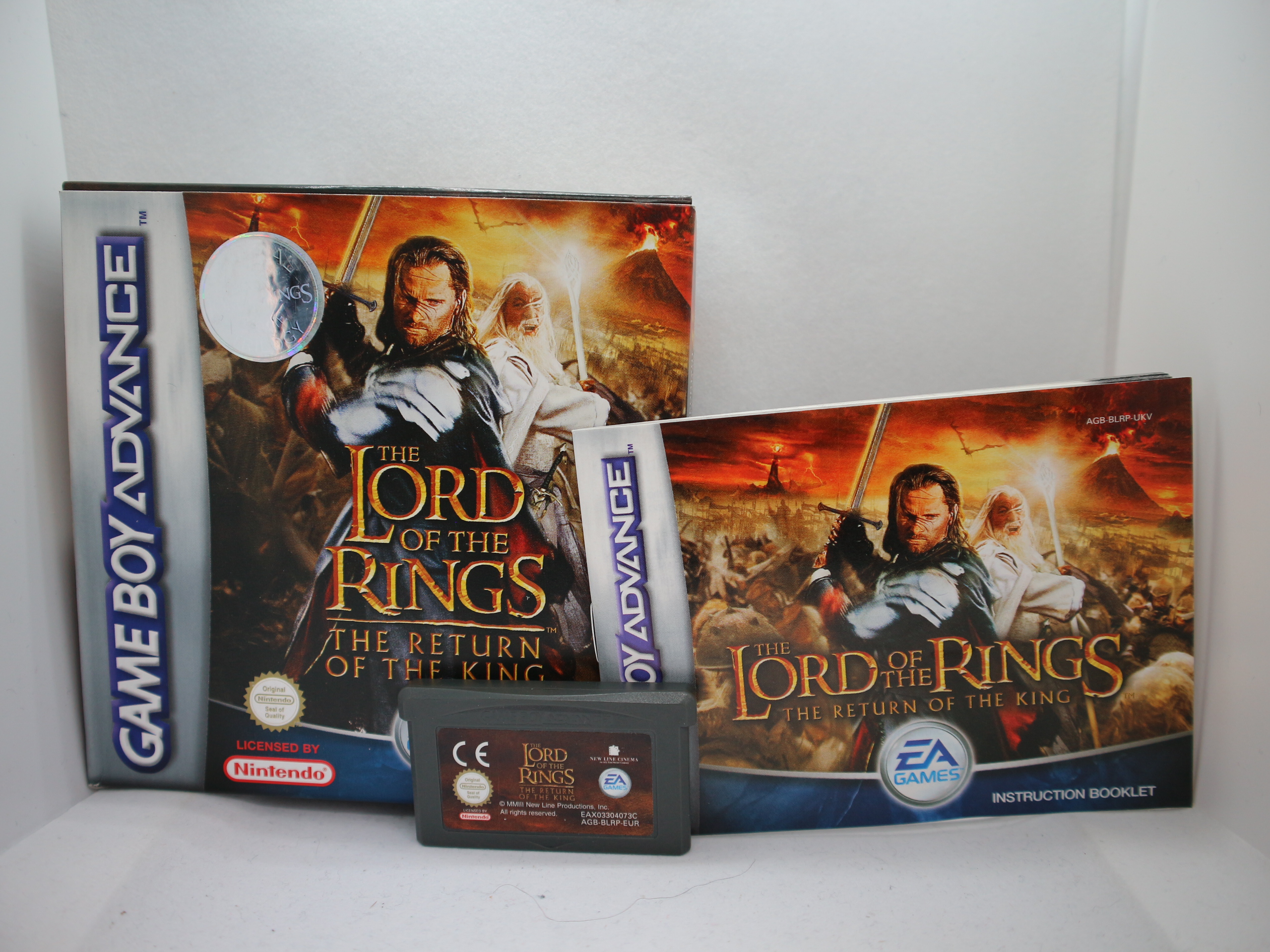 The Lord of the Rings: The Return of the King ( GBA)

Return to Middle-earth in this video game based on the epic final chapter of the highly-acclaimed The Lord of the Rings movie trilogy. The GBA version of The Return of the King is an isometric action-RPG. Play as six heroes: Aragorn, Legolas, Gimli, Frodo, Eowyn and Gandalf the White. With over a million random items, 150 levels (including the Paths of the Dead, Minas Tirith, and the Pelennor Fields), unique skill trees associated with each hero, and cooperative play via the GBA Link Cable, The Return of the King provides dozens of hours of gameplay. The GBA version also links to the Nintendo GameCube to unlock new items and secret characters.