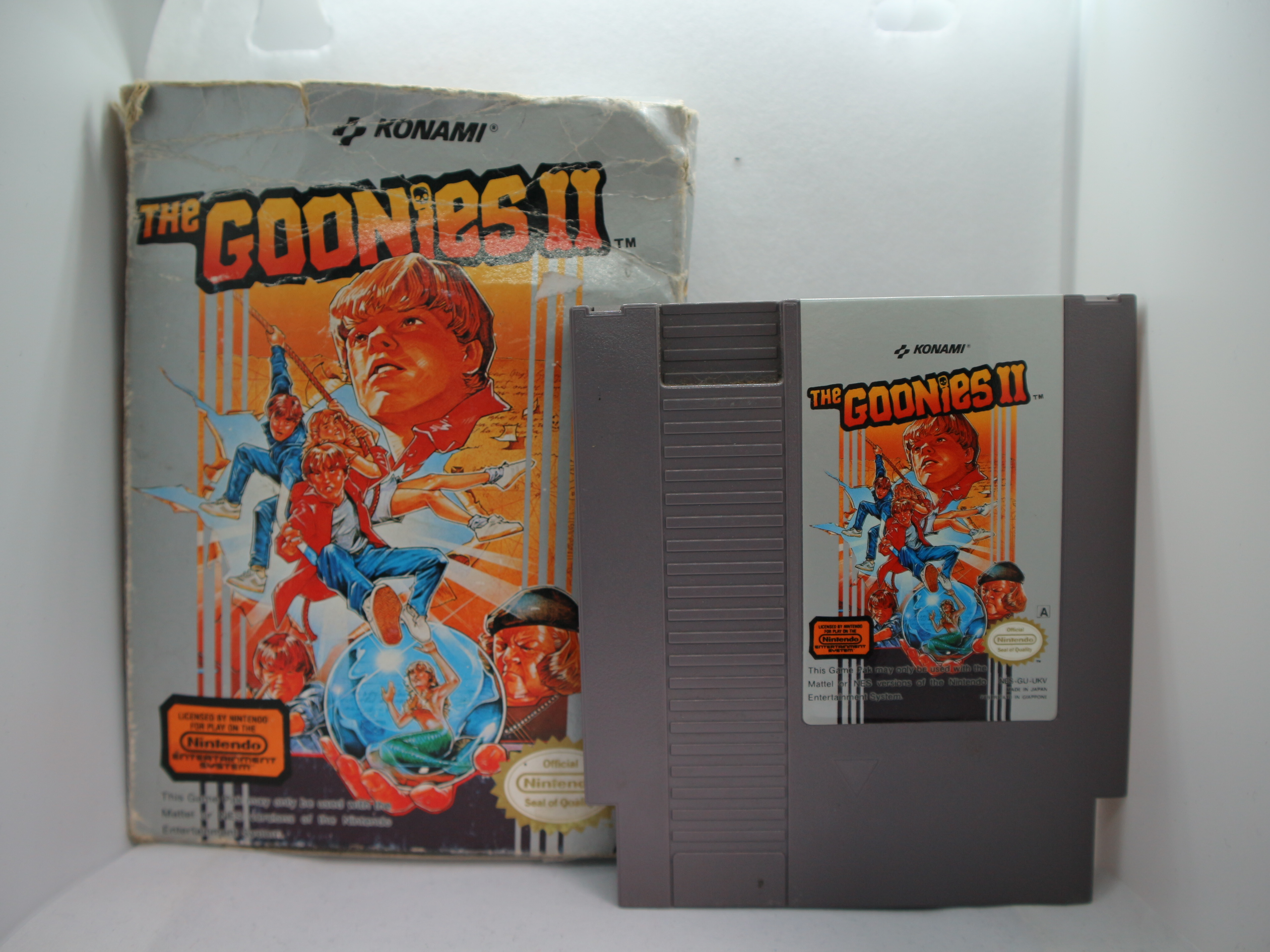 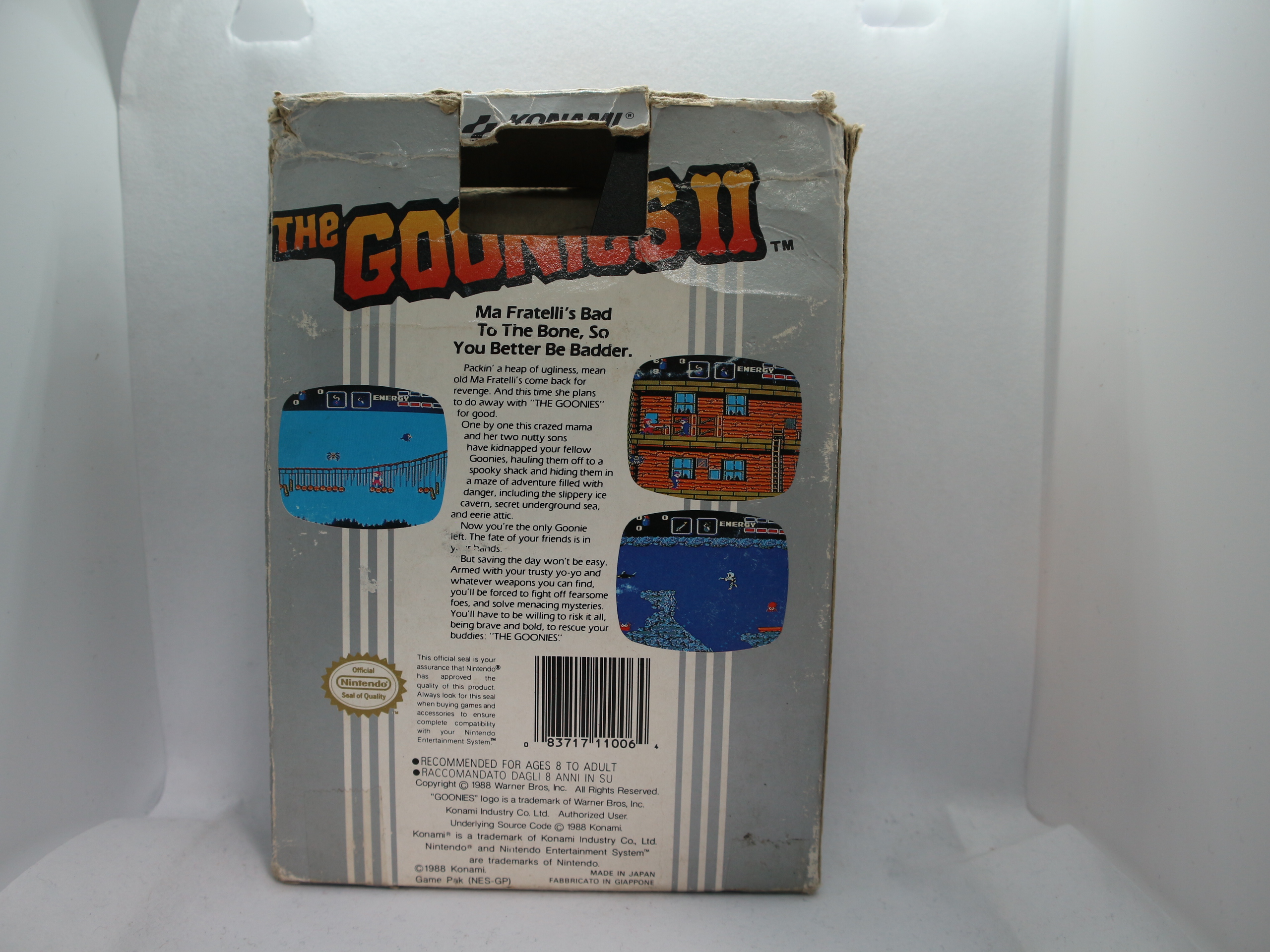 In a movie released in the 1980s, a group of youngsters formed a special gang and called themselves The Goonies. Nintendo banked upon the movie’s popularity by releasing several games using the characters and music from it, including the theme song by Cyndi Lauper. This is their second game on NES, The Goonies being released only for the Famicom system outside the United States. You play Mikie, one of the gang members, whose friends have been kidnapped by the gang’s arch enemy – the Fratelli family. Your buddies and Annie the Mermaid must be rescued, but it won’t be easy sneaking into the dark and creepy underground hideout where they are being held. You must find a way to destroy their master computer and keep your friends from becoming road kill. If Ma Fratelli or crazy Cousin Pipsqueak doesn’t stop you, one of her two crazy sons will! Upon starting the game, Mikie is armed only with a yo-yo and the ability to jump. As the game progresses, he will find boomerangs, a gun, bombs, molotave cocktails and even scuba gear to help him. Fight snakes, spiders, skeletons, man-eating fish while exploring the huge world full of cellars, secret caverns and elaborate mazes.