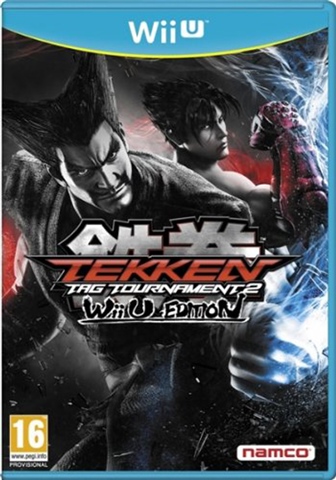 After 12 years, the long-awaited sequel to classic fighting game spinoff Tekken Tag Tournament is ready to kick butt! Following a non-canonical storyline that takes place after the events of Tekken 6, Tekken Tag Tournament 2 works almost like a 'dream match' maker, with fans being able to play as almost every single character from the franchise. In total, 59 characters are available to command - including the return of old favourites such as Kunimitsu, Michelle Chang and Prototype Jack from the original Tekken, Angel and Alex from Tekken 2, Tiger Jackson, Forest Law, Dr. Boskonovitch and Ancient Ogre from Tekken 3 and Miharu Hirano, Violet and Combot from Tekken 4. Combot and Violet, in fact, form the basis of the storyline that runs throughout Tekken Tag Tournament 2. A simulation test of a new version of Combot results in the explosion of a mysterious scientist facility known as the Fight Lab. So Violet decides to use the other functioning Combot to complete the combat tests that she has prepared. As a result, Combot can be customised in game with the movesets of other characters. Just like the original Tekken Tag Tournament, fights consist of two-on-two tag team battles, with brawlers able to switch with one another at will during a match. Inactive fighters will slowly regain health, adding a layer of strategy on top of the fast-paced action. If even one of your two fighters fall, you lose. Gameplay mechanics have been tweaked here to allow for extended tag combos and combined moves.