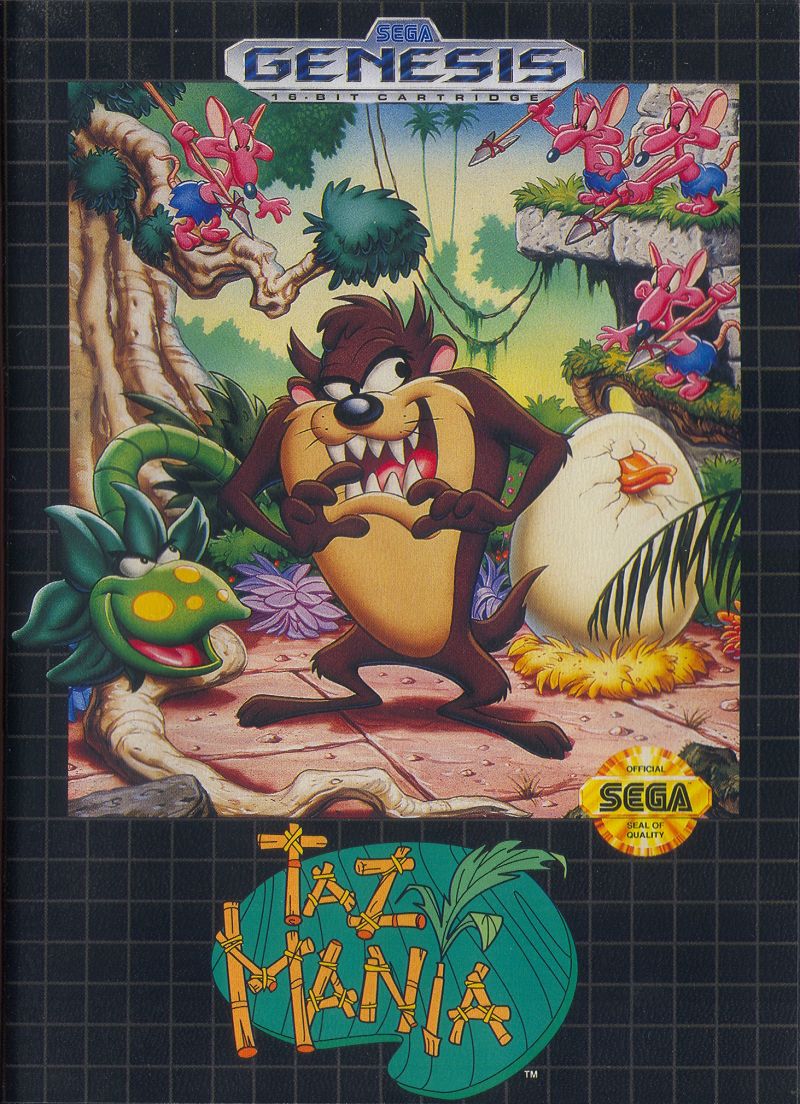 The relatively minor Looney Tunes character The Tasmanian Devil experienced a revival in the 1990s with the TV series Taz-Mania, starring Taz and his family. One of several games based on the license, the Genesis version features the same story as the other Sega versions, but has a unique design and set of levels. Inspired by a tale his father told, Taz goes on a quest for the egg of a giant prehistoric seabird, which will lead him across the whole of Taz-Mania through 16 levels of platforming action. He must survive a desert, a jungle, a car factory, a mine and ancient ruins. Taz is able to run, jump, and spin fast to turn into his trademark whirlwind. While spinning, he can knock out most enemies he comes across. He can also pick up many different items and try to eat them or use them in another way. Most foods replenish his health, while eating hot peppers gives him a fire breath attack. Stars grant temporal invulnerability, while bombs should be thrown at enemies (and definitely not be eaten!). Several levels feature boss fights. A break from standard platforming comes in the shape of a mine cart ride, where the cart must be raised or lowered to avoid collisions, and a wild river, which can only be crossed by jumping across fast-sinking tree logs, reminiscent of Frogger.