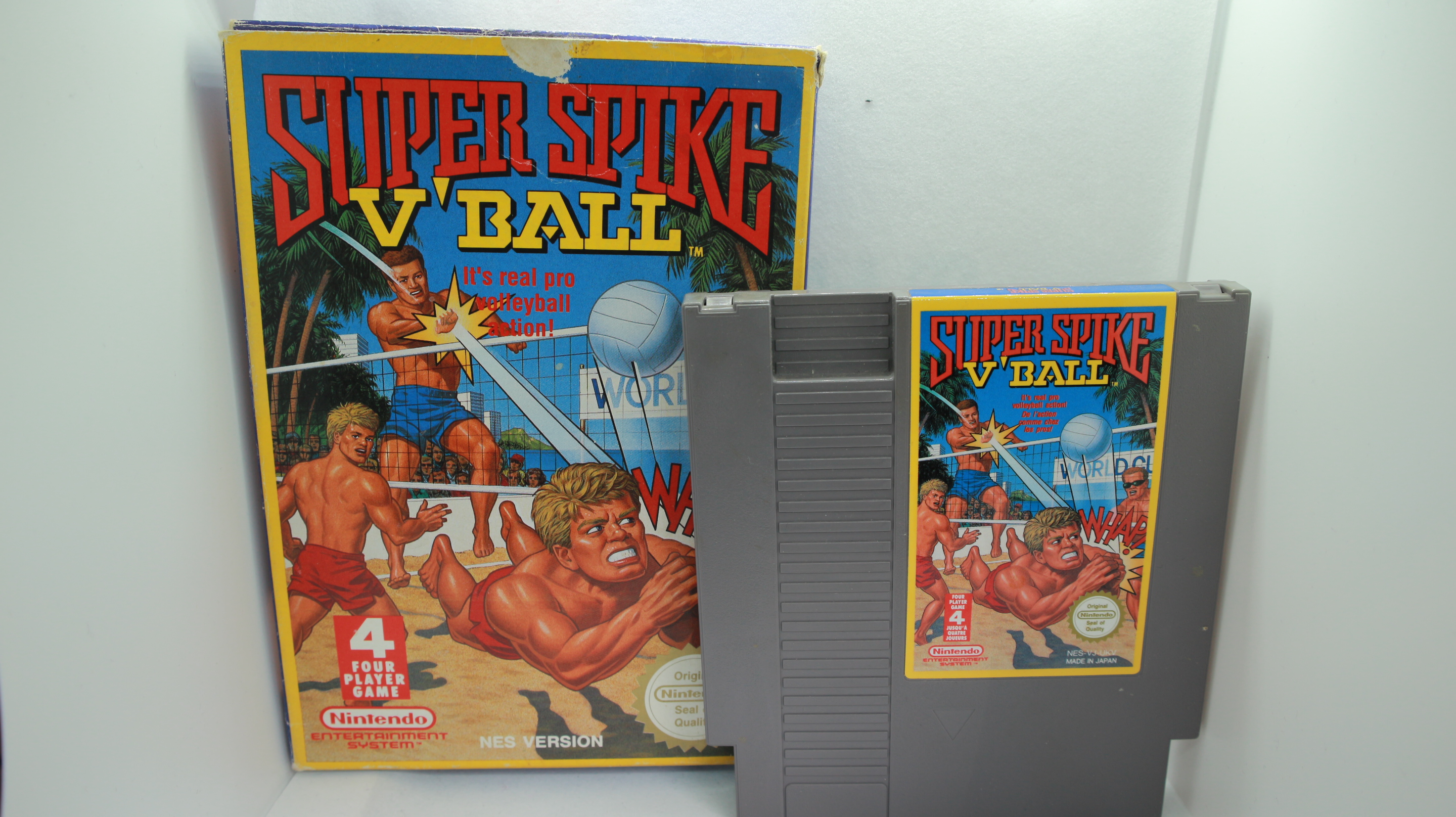 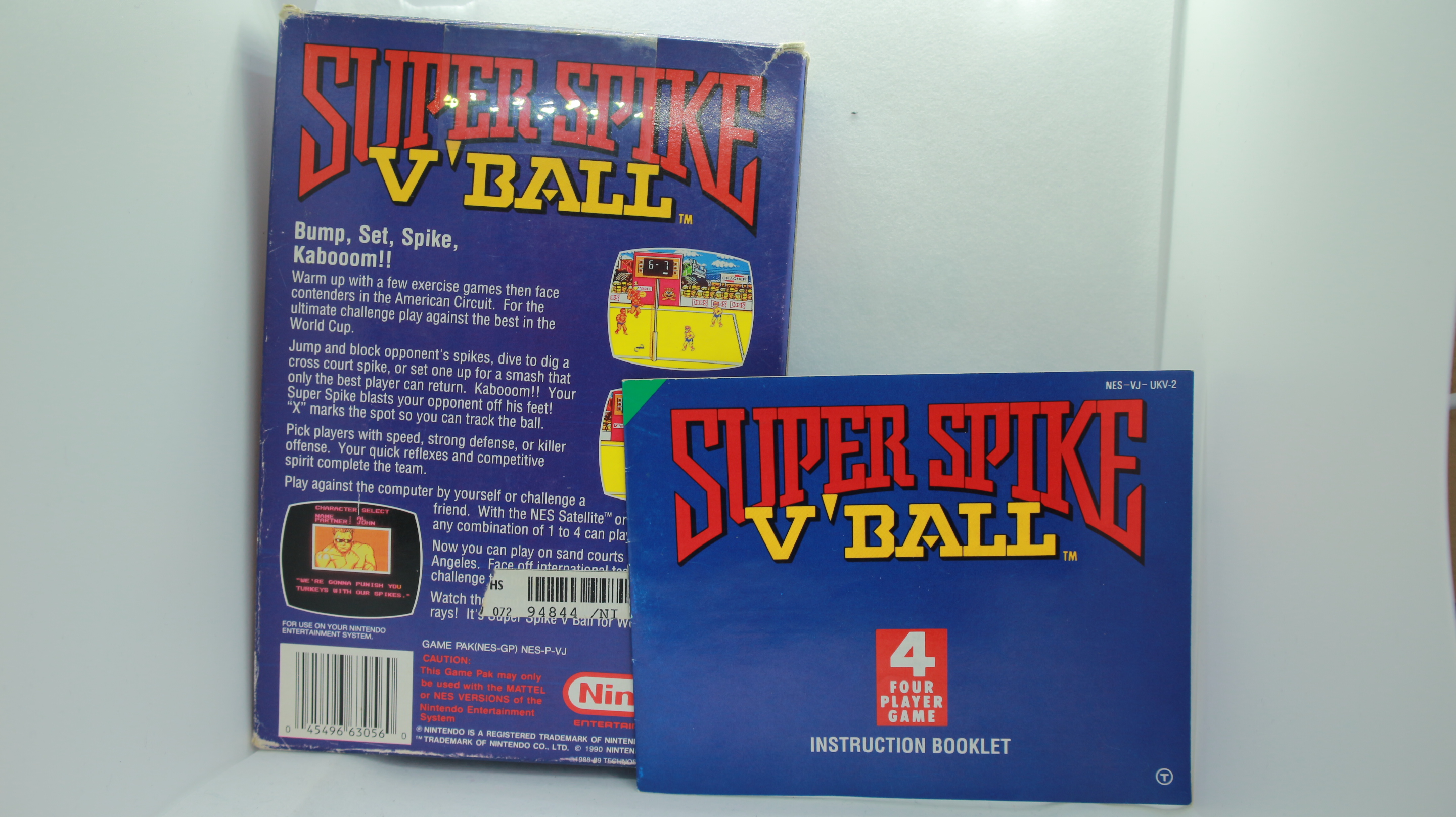 U.S. Championship V'Ball, renamed Super Spike V'Ball for its NES conversion, is a lesser-known coin-op. It challenges players to bump, set, and spike their way to a beach volleyball championship. Teams of two travel the USA and the world, visiting venues like Chicago, Los Angeles, Hawaii, and Australia. This game can be played by 1-4 players simultaneously, although on the NES a Satellite or Four Score device (and extra controllers) are required for three or four players.