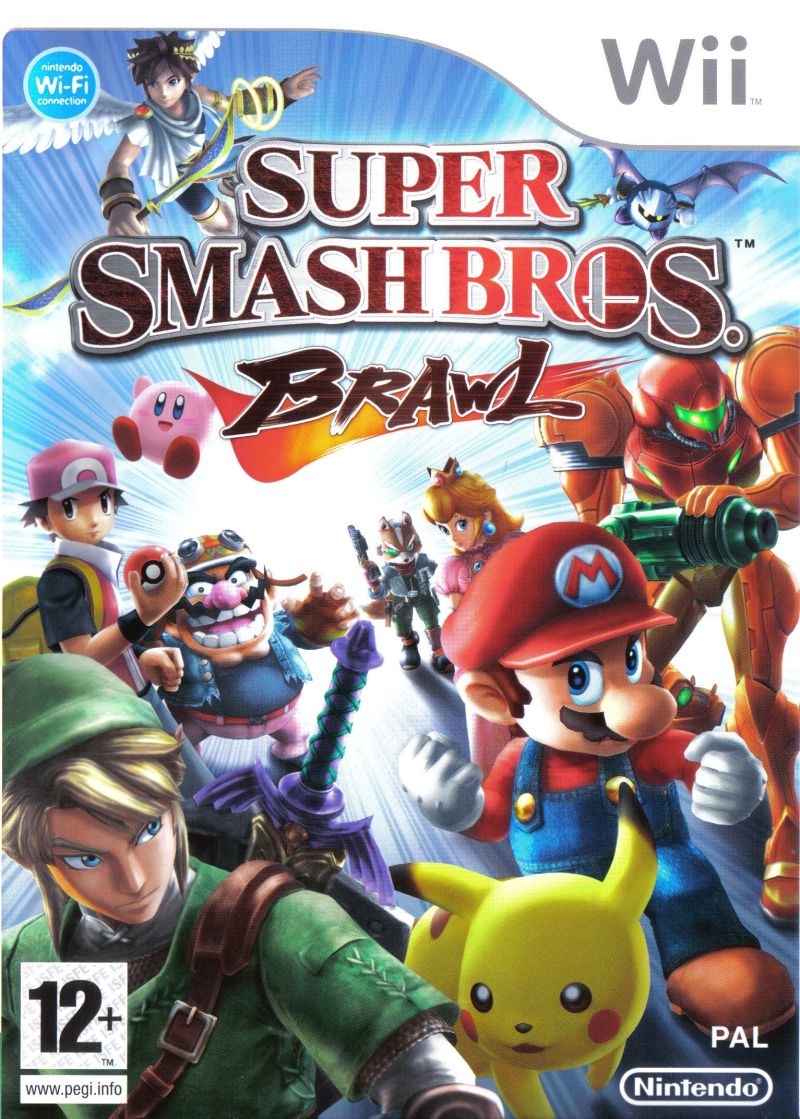 Super Smash Bros.: Brawl is the third game in the Super Smash Brothers series of brawling games. It is a crossover fighting pitching well-known characters from Nintendo franchises, along with characters from other series, against each other. The battles take place in 41 stages with up to four players fighting at the same time. New stages can be designed using the included Stage Builder. Unlike other fighting games, players do not need to drain the opponent's health. Instead, the game is won when a player manages to knock the opponent off the stage, although some games modes only award a point to the victorious player, continuing the fight. The fighting itself does have an influence however. The character's vitality is represented by a percentage. Starting at zero, the higher it becomes, the further the character flies away when hit, improving the chances to have him disappear off the stage. Characters have certain recovery moves to get back, but each stage has a certain boundary from where no return is possible. Each character has basic and advanced attacks (smash attacks), as well as character-specific special moves. They can also make use of items, projectiles, custom weapons and other items. This edition introduces super attacks referred to as final smashes. Activated by destroying smash balls, these feature powerful and often unstoppable attacks, regularly introducing a major transformation of the character. Other help is introduced through assist trophies (a computer-controlled character temporarily helping out) and Poké balls (a character from the Pokémon universe joins the fight). The single-player mode is called The Subspace Emissary and features cut-scenes with all playable characters. It is team-based, and new characters will temporarily join or leave the team for which the player can determine the battle order. Other modes include Classic (a series of matches), Events with pre-determined battle conditions - also for co-op, and the Stadium mode with mini-games such as Home-Run Contest and Target Smash!