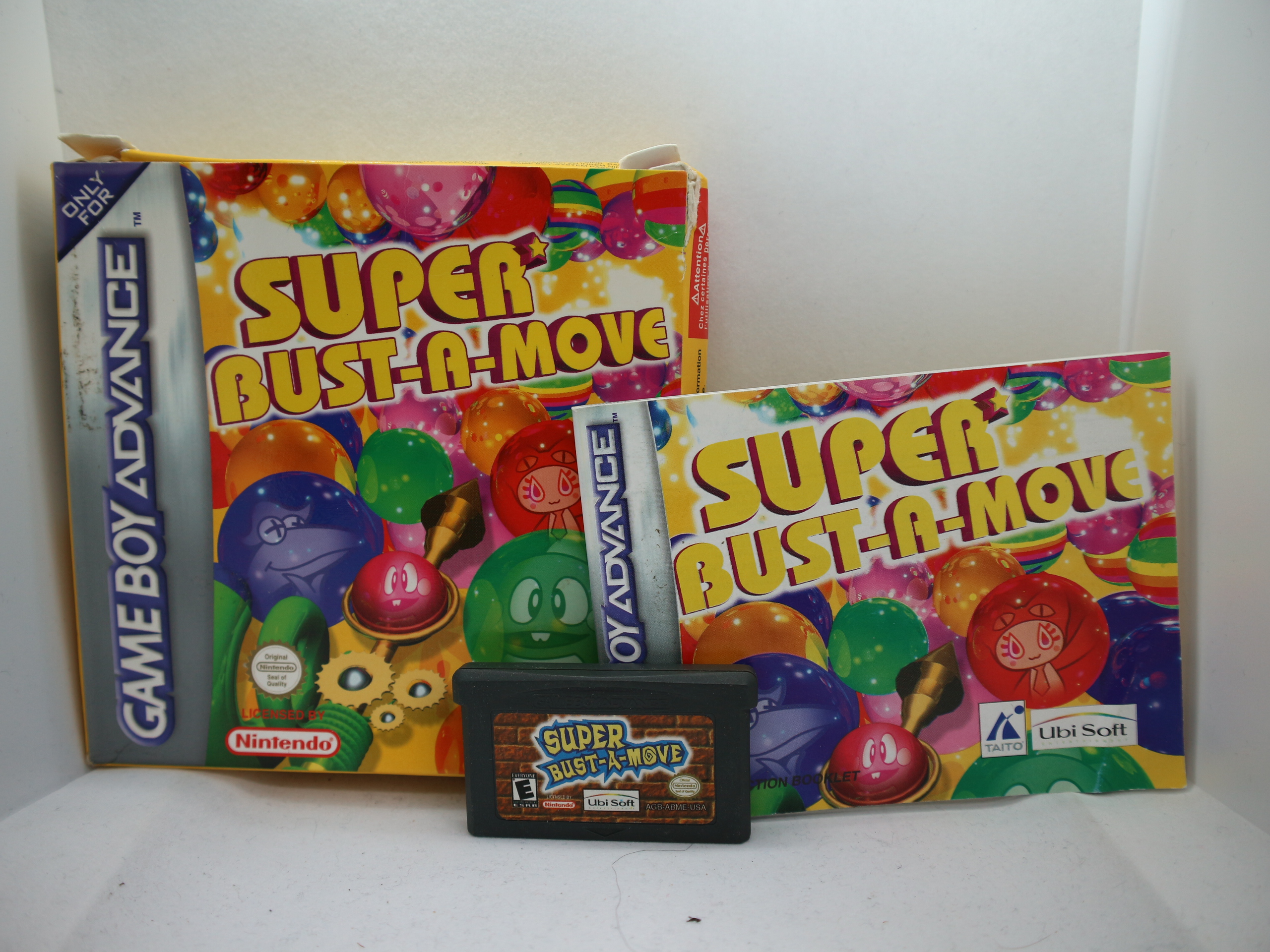 Super Bust-A-Move is a real-time puzzle game similar to its predecessors in the Bust-A-Move series. It adds a new multiplayer mode and features graphical enhancements. The aim of the game, as with the previous titles in the series, is to remove a collected number of coloured bubbles from the game screen. To do so, at the bottom of the screen, you aim and fire the coloured bubbles from a launcher, sending the bubbles upwards into the container. Match three or more together of the same colour to clear them from the screen. If you're too slow, the collection of bubbles moves down the screen towards you, and the game will end if it reaches the bottom. Classic mode features a number of bubble puzzles previously seen in the Bust-A-Move series, while Normal mode has some new variations on the bubble removing theme. Two players can also compete against each other.