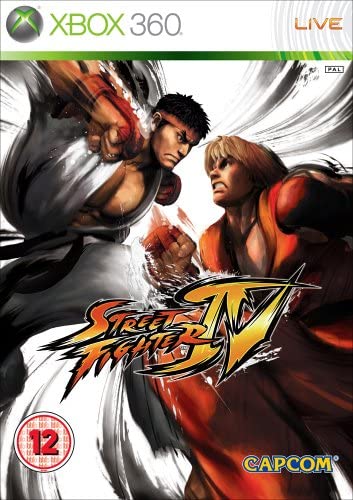 Set between Street Fighter II and Street Fighter III, Street Fighter IV is the latest game in Capcom's long running and famous beat 'em up series, and the first all-new Street Fighter game since 1999. Street Fighter, along with Mortal Kombat, is something of a legend among arcade beat 'em up fans. Where recent console versions of MK have moved into the third dimension, Street Fighter has remained true to its 2D arcade origins, although the backgrounds in SFIV are lovingly-rendered in 3D. The characters too are 3D rendered, and then visually treated to make them look like traditional 2D computer characters. The result is the best looking Street Fighter game the world has yet seen. All your favourite characters are back, including Ryu, Ken, Chun-Li, and Blanka, along with a range of new characters that players may have seen in the arcade version of the game: Abel, Crimson Viper, Rufus and El Fuerte. But home console versions of the game also get extra charachters not included in the arcade version of SFIV, including Cammy and Fei-Long from Super Street Fighter II, Dan and Rose from Street Fighter Alpha, Sakura from Street Fighter Alpha 2 and Gen from Street Fighter. The action, as always is about head-to-head combat, but SFIV has some new features not seen in previous versions, and the return of some favourite features from previous versions. All new is the Focus Attack. This is a move where the player can absorb the power of his opponent's attack by holding the medium punch and kick buttons, and then use it in a counter attack. The longer the player absorbs attacks for, the more powerful his counter attack will become. Super Combos from previous games are back, and now there are Ultra Combos - long sequences of linked moves that you can unleash when your Revenge Gauge is full.