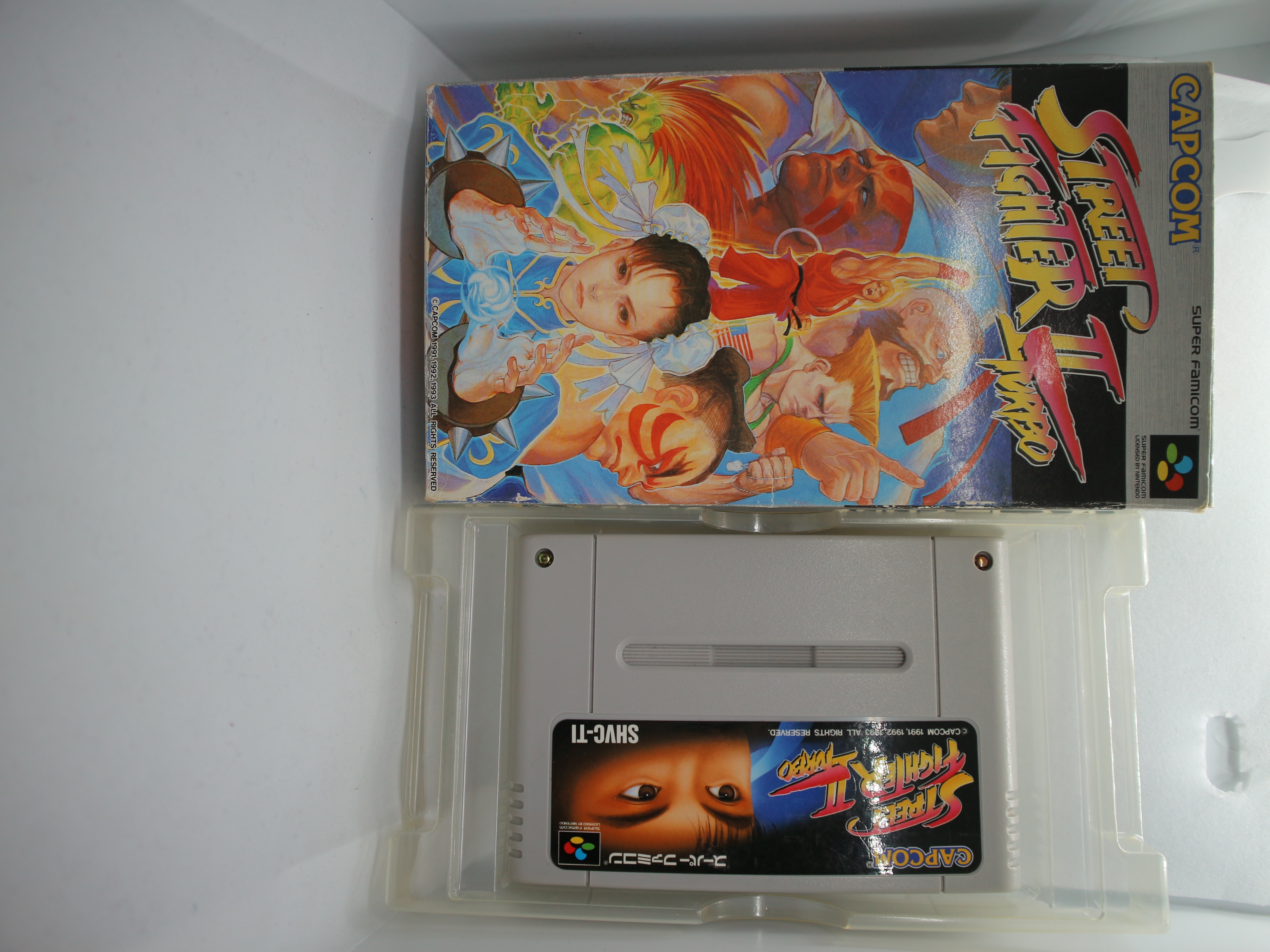 Choose from twelve street fighters from around the world, skilled in a variety of martial arts -- for instance, a character named E.Honda is a sumo wrestler from Japan, while Ken is a master of Tae Kwon Do from the United States. Journey to different countries to defeat other fighters, eventually leading up to a battle with evil man M.Bison. Besides the standard punches and kicks, each character can also execute special moves, such as energy projectiles or lightning-fast kicks, for more damage or to create a chain of hit combos. This installment in the Street Fighter series is essentially an upgrade to the Champion Edition game with some improvements and changes, such as new or upgraded moves, costume colors and increased game speed.