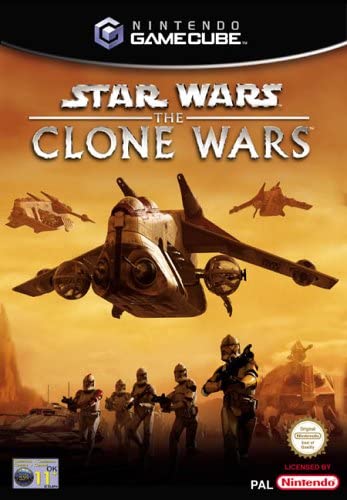 Beginning where Star Wars Episode II: Attack of the Clones left off, you must take control of either Anakin Skywalker, Mace Windu or Obi-Wan Kenobi and lead the Republic Army against the Confederacy of Independent Systems. The Clone Wars picks up with Mace Windu escorting the Jedi ambush to the Geonosis arena, which leads to the Battle of Geonosis and the start of the Clone Wars. After the Battle of Geonosis, Anakin and Obi Wan are sent to patrol a dead part of Republic sector, until a massive Confederate fleet ambushes the strategically useless planet of Rhen Var. After this, Anakin, Obi Wan soon discover that there may be something darker behind the invasion of Rhen Var. They find out about the Dark Reaper, an evil and powerful Sith device that could harvest the power of the living and use it as a concentrated weapon. Now it is up to the Republic to prevent this weapon from ever activating and destroying the galaxy! The Clone Wars has you deep inside the battles of the Old Republic through 16 missions, piloting a range of vehicles including speeder bikes, Republic Gunships and fighter tanks as well as the weapon of the Jedi, your lightsabre, for close combat. Whereas the Rogue Squadron series concentrated on aerial battles, The Clone Wars contains almost all ground battles. You must fight as Anakin Skywalker, Obi Wan Kenobi, Mace Windu, and others throughout the game to prevent the Confederacy from gaining a deadly weapon. Multiplayer options are also included for up to four players with game types including deathmatch, conquest, and a co-op ground and vehicle survival mode.