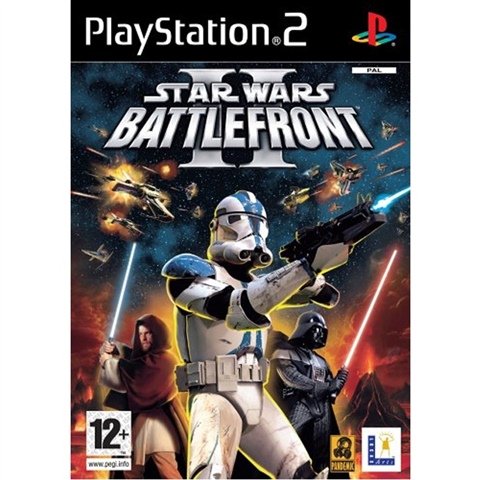 The first Star Wars Battlefront followed a successful formula for LucasArts; of mimicking a popular videogame and adding Star Wars characters, storylines, locations and production values. Star Wars Galaxies was your standard MMORPG, but with the added, and not to be underestimated attraction that you could play as a Jedi, Bounty Hunter or Wookie. In the same way, Star Wars Battlefront was a popular and innovative FPS similar to Battlefield 1942, with a liberal twist of LucasArts magic, allowing you to fight on foot or take to the skies in famous spaceships from the Star Wars films. Like BF1942, it was little more than a multiplayer game, but very popular nonetheless. So it's no surprise that developer Pandemic has been commissioned to create a sequel. What is perhaps a little surprising is the breadth of what the studio has come up with. The game is much bigger than the original. The single player mode - criticised as little more than a 'bot match in the first game - has been given an overhaul, with better AI for both enemies and allies. There's also a much more involving story mode. A re-vamped space battle mode means you can control the action strategically at arm's length, or take to the skies in your own starfighter, be it an X-Wing, TIE Fighter, or one of the less interesting ships from the new films. Once inside your smaller plane, you can attack specified areas on enemy ships like in Rogue Squadron, engage in dogfights, or even fly inside large ships, jump out and take them down from the inside. There are 16+ Battlefronts to try out, including locations from the recent Episode III such as Utapau, Mustafar and Coruscant, the seat of the Republic itself. Naturally, the opportunity to play as a Jedi is given, and as before, you can play Rebels vs. Empire like the first films or Republic vs CIS as in the newer films. Essentially like having a huge playset of all the Star Wars toys you could ever want, SWBII has an enormous amount to offer the Star Wars fans who wish to immerse themselves in the rich SW universe. And an all-encompassing online mode allows you to enjoy the game against like-minded individuals too.