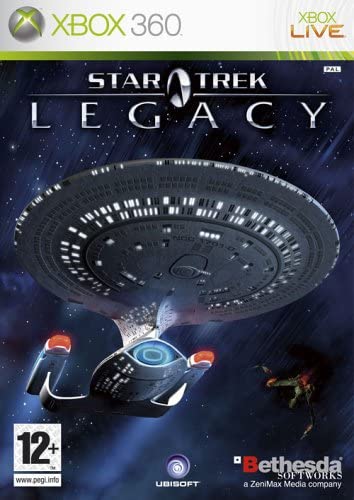 Star Trek Legacy begins a few years after the end of the TV-series Star Trek Enterprise. Starfleet is growing fast and new technologies have been introduced like the tractor beam or starbases. You take the helm of the starship Enterprise NX-01 which has been heavily upgraded with all the cutting edge technology and your mission is to find a missing Vulcan ship. During the campaign you play get the chance to play all the great ships from the five series up to the USS Voyager under the command of Captain Janeway. All five captains (Archer, Kirk, Picard, Sisko, Janeway) are voiced by their actors from the TV-series.