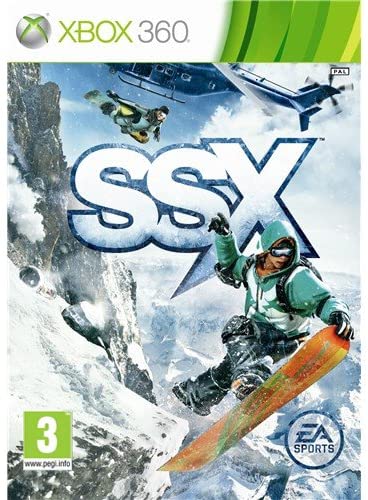 Go big or go home. EA might have gone for a tight, realistic approach in its skate franchise over the last few years, but that hasn't kept it from sticking to its over-the-top roots with SSX. After a few years away, SSX is back and most definitely as wild as ever. With data borrowed from NASA forming the basis of SSX's riding areas, the emphasis here is firmly on big mountain riding. There are some 27 mountains across nine real locations, including the Canadian Rockies, Patagonia, Antarctica, Africa, the Alps, the Himalayas, Siberia, Alaska, Japan, and New Zealand. While EA has taken these mountains as SSX's starting point, however, it has mapped some pretty gnarly terrain on top of them to make sure you can pull off some epic tricks and really ratchet up that points multiplier. You've got a few control options - there are the face buttons, analogue-stick-only and, for longtime SSX fans, the old-school controller layout. The moves themselves are relatively easy to pull off - it's stringing them together to create massive combos that will really push you. The fact that RiderNet - similar to Need for Speed's Autolog - will give you constant data on how your friends are performing should give you that little extra nudge to push even harder. EA has gone for a more open-world approach to this game than it has with previous SSX titles, and to help out with that you get helicopter drops and even wingsuits to aid you in getting around! SSX has got all the epic riding you could need and you won't ever have to leave your living room.