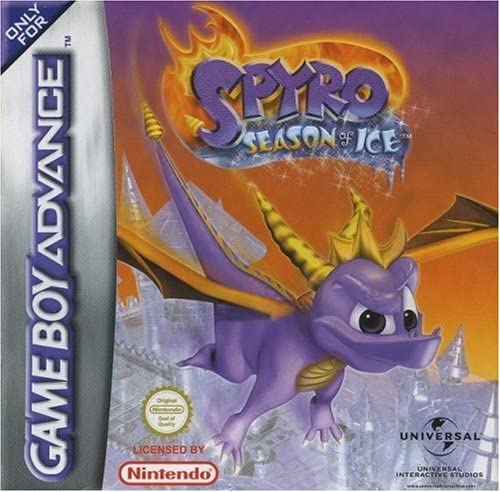 Whereas Crash Bandicoot is often described as the PlayStation's answer to Sonic the Hedgehog, the nearest Sony's machine ever got to a 3-D Super Mario-style adventure was the Spyro the Dragon titles. They may have been a little simplistic but they were better efforts than most and this new isometric offering on the GBA is also surprisingly fun. Spyro has the same basic range of moves as on the PlayStation as you jump and float around the game world breathing fire at all and sundry. Although the basic gameplay simply involves you collecting hundreds of fairies and other items, much effort is made to ensure things don't get too monotonous, mostly through a long series of sub-quests and mini-games. The mini-games are particularly good as they often use a side-on or first person perspective, which makes for a nice change of pace. The only problem with the game is the rather empty feeling to it all--the levels are enormous and it's easy to get lost--but this is a problem that could easily be levelled at the original PlayStation games so it seems unfair to criticise too harshly. It's hardly revolutionary but a pleasing amount of effort has gone into this and it's certain to please fans of the series. --David Jenkins.