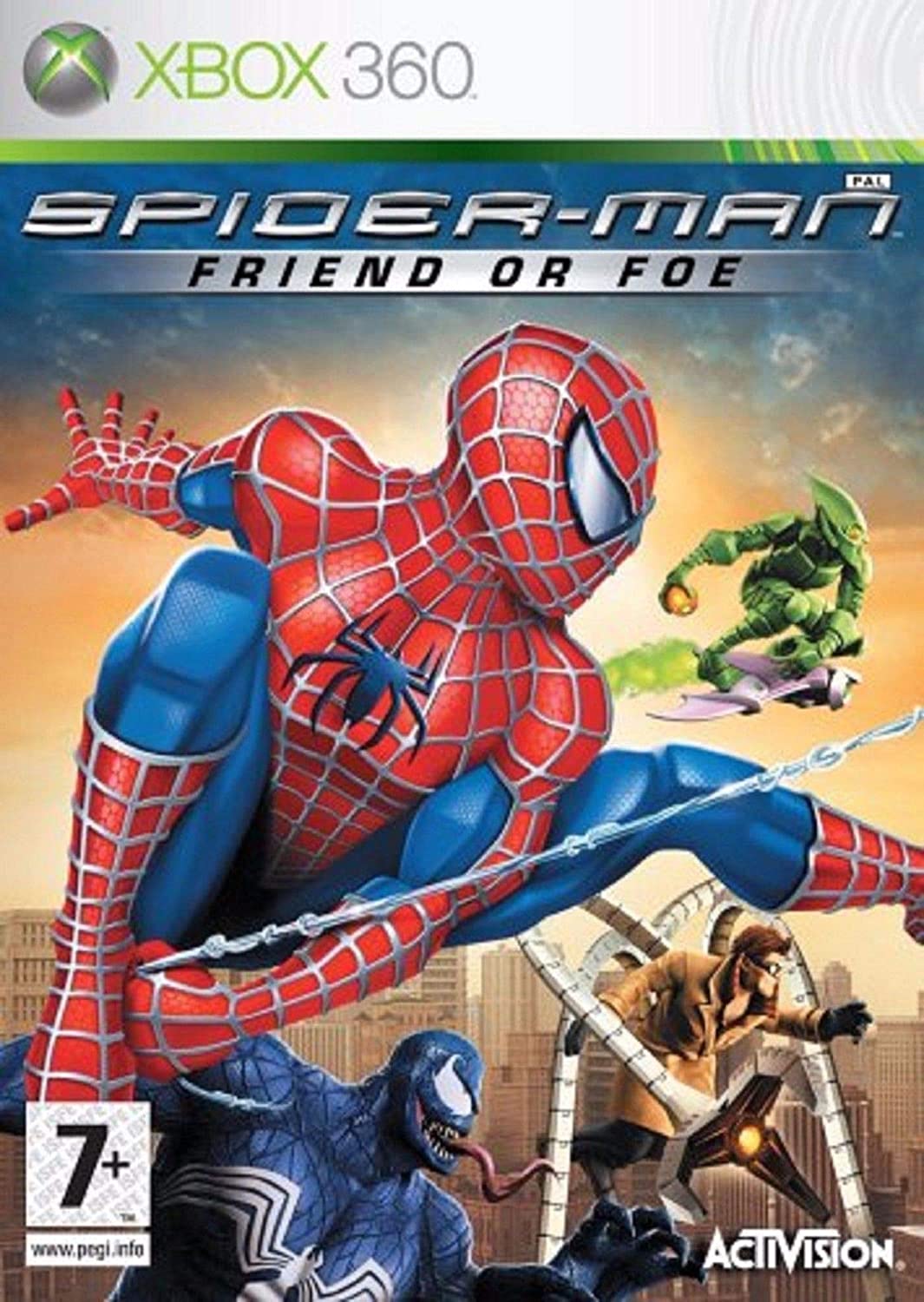 Spider-Man: Friend or Foe is another 2007 entry in the Spider-Man gaming franchise and features many of the most prominent Spider-Man characters fighting against - and with - the heroic wall-crawler. A new disaster threatens the world and when leader of S.H.I.E.L.D, Nick Fury, decides that his team needs help, he enlists Spider-Man to once again save the day. However, even this disaster seems a little too big for Spider-Man himself, so he must enlist the help of some of his most famous of allies and enemies to help the cause. While teaming up with allies seems straightforward, teaming up with the enemies will be a little more difficult. To get their help, you must first defeat them in battle, but when you do, you will gain the help of some of New York's most feared residents such as Venom and the Green Goblin. Players can easily switch between Spidey and whoever has been selected as his team-mate during battle to deliver some devastating combos. The ability to play the entire single player campaign with two characters also makes the ability to deliver fast and furious combos much easier and more deadly.