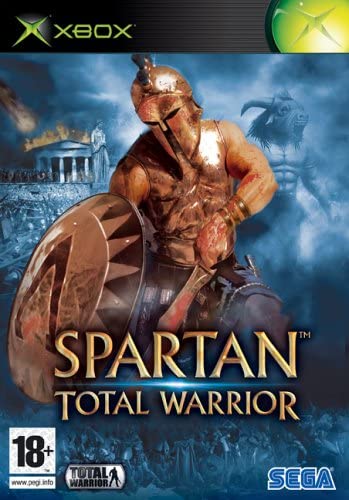 Corporate takeovers aren't all bad. Creative Assembly, the British developers behind the Total War series of games were bought up by SEGA not so long ago. As well as the undoubtedly powerful market presence of the Total War engine and IP, there was one other, rather more SEGA-ish game in development that caught the eye of their would-be Japanese overlords. That game was Spartan: Total Warrior. The Total War engine has already proven it's versatility - the Rome 3D engine, originally designed for real time strategy, has also starred in TV documentaries. Now it shows you another trick as it turns into an arcadey hack and slash-'em-up. And it's a goody, too. Unlike Rome: Total War, Spartan does not set out to be historically accurate, though it is set during the reign of the real Roman emperor Tiberius. Magic and beasts of legend abound, and some amount of license is taken. In reality, no nation could withstand the conquering power of Rome during the heyday of her great imperial conquests, and these events all took place long after anyone could remember where Troy had once stood. But in this splendid game, the Greek warrior state of Sparta stands proud against a tide of Italian invaders, and much of the action takes place amongst the ruins of Troy. Of course, none of this matters, and Creative Assembly have simply used their historical models as a framework about which to build a fantastical story. As the eponymous Spartan, you get to rampage through hordes of enemy soldiers, cutting them down like so many stalks of wheat. Assisted by characters from his home of Sparta and Barbarians from outside the empire, this fantasy hack and slash handmade epic is an absolute riot.