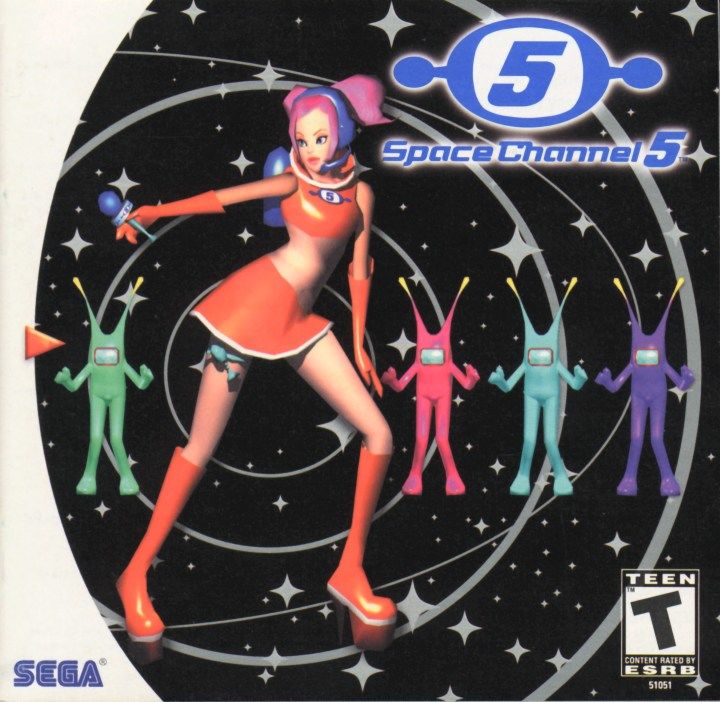 Meet Ulala (pronounced ooh-la-la), a rookie reporter assigned to cover a breaking dance news story. Pudgy dancing aliens (resembling futuristic gummy bears) have beamed down and are zapping human inhabitants into an offbeat dance step. More than just watch from the sidelines, Ulala must free fellow earthlings from the spell by matching the aliens' dance moves step for step. Unlike when playing previous move-memorization games such as <i>Simon</i> and <I>Concentration</i>, players of <I>Space Channel 5</i> will need to feel the rhythm--the tempo, pauses, and idiosyncrasies of the beat--as well as the sequence of steps to get it right. <p> <i>Space Channel 5</i> is nearly as fun to watch as it is to play, thanks to an ever changing array of special effects and settings. Ulala's adventures take her from the invaded spaceport to the interior of an asteroid--and to alien locales too bizarre to describe. The gorgeous animated settings are made all the more impressive by the smoothly animated characters whose moves react instantly to the player's manipulations. With easy-to-master controls, onscreen characters soon become natural extensions of the player, creating a powerful interactive experience. Surprises abound throughout the game, including hidden levels and miniquests. And alert players just might run into a special guest celebrity who needs Ulala's help. Enjoy the groove! <p> Read more about <I>Space Channel 5</I>. <p> Take a closer look at <I>Space Channel 5</I>'s opening levels. <p> Read an interview with <I>Space Channel 5</I> designer Tetsuya Mizuguchi.