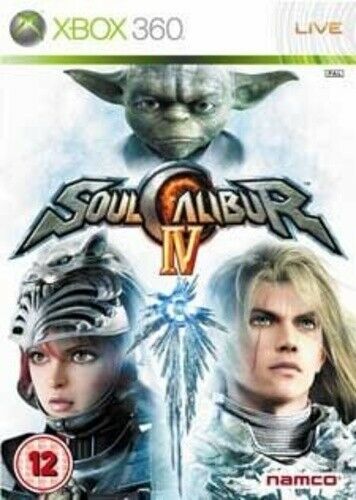 Continuing the eternally retold tale of souls and swords, Soulcalibur IV is once again the story of the swords Soul Edge and Soul Calibur and those who want to have or destroy them. The swords are on the fast-track to resurrect an ancient king, and only the player can stop him from unleashing his ambiguous evil upon the world. Soulcalibur IV continues the series' 3D blade fighting game play, with a few enhancements. The ability to break your opponent's defences from the first game finally returns in the form of destructible armour. Corresponding to the game's high, middle and low attacks, armour will weaken in these areas the more the player guards against attacks until the armour finally shatters. Also new is a Soul Gauge, which measures green-to-red how much a player has defended. Pushing the gauge beyond red causes a Soul Crush, which will create the opportunity for the opponent to do a character-unique one-shot kill called a Critical Finish.