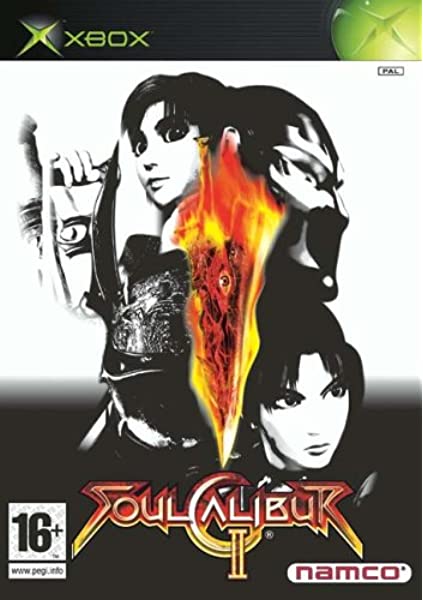 When the age of 3D gaming began in the mid-90s, the beat-em-up genre was among the first to receive a graphical overhaul. Soon after, two of the most competitive fighting series were born - Virtua Fighter and Tekken. But some would argue that Sega's efforts with the Virtua series always managed to outperform the play mechanics of Tekken. It was during this rivalry that arcade giant Namco came up with Soul Calibur in 1999. It was a massive hit for Dreamcast, demonstrating a fine game engine, combat system and breathtaking visuals that are gorgeous even by today's standards. We don't know why it's taken four years, but Namco has finally released its sequel, Soul Calibur 2, for Xbox. An extremely well presented title, Soul Calibur 2 wows within the first few seconds, eager to show off its visual prowess. Characters are beautifully rendered in amazing detail. The simple but nonetheless spectacular weapon-blur remains for the second outing amidst the game's lush and varied game environments. Visuals are sharp, clean and there is no slow-down. We hesitate to say it, but visually, it's just about perfect. Exploring the game and its many options, players are able to choose from a large selection of both new and familiar combatants, and there is one fighter exclusive to each version of the game. In this instance, it's Todd McFarlane's Spawn character. Regardless of your choices, success boils down to your ability to fight in a virtual arena in a one-on-one knockout contest. Again, weapons are the most prolific aspect of fighting in Soul Calibur 2, with most of the game's pre-programmed moves and combinations making use of one blade or another. All the player has to do is learn them. With more experience, you'll master the intricacies weapons combat, as you learn to perfect timing and gain the ability to defend yourself as well as attack. The control method, like the first in the series, is intuitive and sophisticated, and rarely leaves the player frustrated. It's a true test of hand-to-eye coordination and wits. There are a total of seven game modes at the player's disposal, comprising of Arcade, Vs, Time Attack, Survival, Team Battle and Practice, but most interestingly, Weapon Master Mode. This ongoing exercise allows players to compete for some 200 weapons - each bigger and better than the last - as they plough through continuous encounters with formidable foes. Soul Calibur 2 is without a doubt everything it promised to be. It doesn't disappoint and it deserves to take top spot in the charts as 2003's finest beat-em-up.