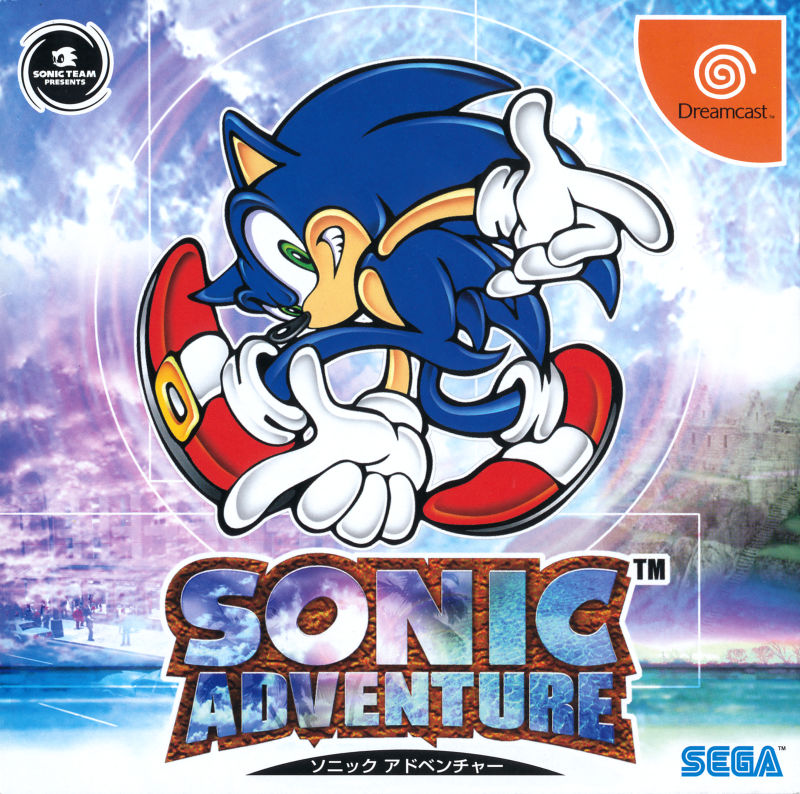 Yet again Sonic and friends find themselves wrapped up in the schemes of Dr. Robotnik. This time he plans to exploit the power of Chaos, a malevolent being that feeds upon the power of the Chaos Emeralds. In their own way, five heroes will do what they can to save Station Square and, perhaps, the entire world. The player can select from which character to play after meeting them with Sonic, and each has its own unique version of each level. Sonic's levels involve racing through a level as quickly as possible, destroying any robots along the way. Tails can hover over distances, and his levels are similar to Sonic's except that he must beat an opponent to the finish line. Amy can't charge up ramps or run as quickly as Sonic and Tails, but she does have a giant hammer she can break obstacles with. The goal of her levels is to avoid being captured by a robot sent after her by Dr. Robotnik. E102 Gamma is a slow, difficult to maneuver robot, but it has guns and missiles that can lock on to several targets at once, chaining together attacks and earning a higher score and more time on the clock. The goal of its levels is to reach a boss enemy and destroy it before time runs out. The final character is Big the Cat, a fisherman searching for his lost frog. Big's levels are almost entirely devoid of action or fighting; he just fishes. Each character can find items that increase their abilities as the story progresses, such as a ring for Sonic that lets him home along lines of rings, or improved lures for Big. A final chapter wrapping up the story is unlocked after all other characters have been completed. Additionally, each of the characters can visit the Chao garden where they can raise baby Chaos. By petting, feeding, and showing animals found in levels to the Chaos they can grow stronger, and optionally be put into races against other Chaos. As well each level in the game has additional objectives that can be completed to acquire extra emblems, although the emblems don't do anything in this version of the game. Finally, at one time it was possible to go online and download additional levels and bonuses in the game, such as a Christmas theme for Station Square and a level sponsored by AT&T, but since SegaNet shut down this is no longer possible.