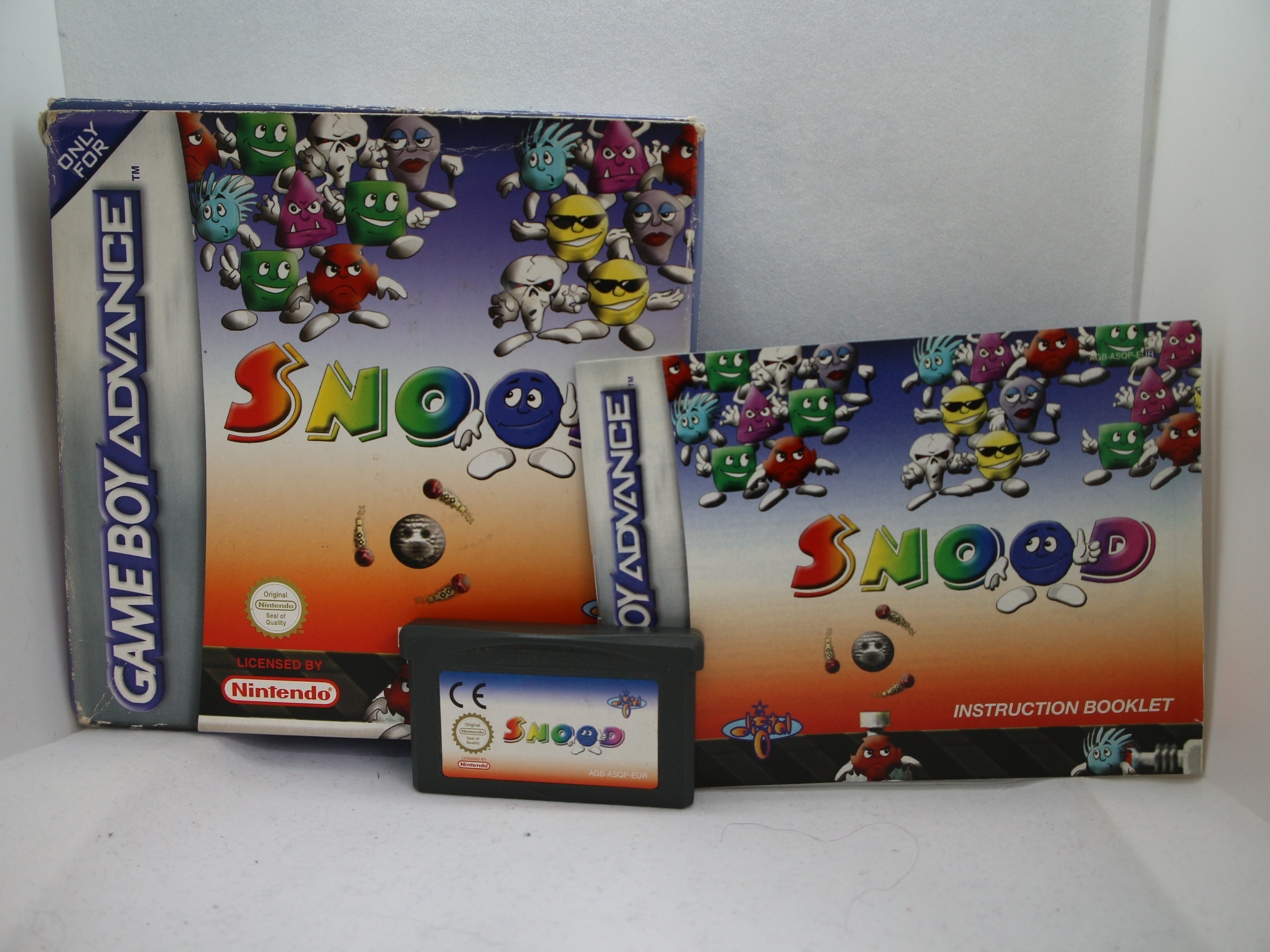 Snood for the Game Boy Advance is the first commercial edition of the popular shareware computer game. It retains most of the original game's modes, adapting them to the lower resolution of the handheld, while giving everything a graphical makeover and adding unique modes and levels of its own. The game is a variant of Puzzle Bobble. The player is presented with a play field made up of Snoods. The goal is to clear the field by shooting additional Snoods into the field from a cannon at the bottom. Snoods get removed when three or more of the same color touch each other. Snoods that become free after a removal fall down and are also removed. Each shot from the cannon that doesn't cause Snoods to fall moves a meter up one notch. Once it reaches the top, the playing field moves down a row. The round is lost when the field reaches the bottom before all Snoods have been removed. Classic Mode is the original mode from the computer version. It is available in five different difficulty levels and presents a field of 2 to 6 rows of Snoods that has to be cleared. Journey mode (a series of one level per Classic difficulty) also reappears from the computer version. The Puzzle mode is also based on the computer version, but offers a unique set of 24 levels. In each, a pre-set pattern of Snoods is presented that requires a unique strategy to clear. The Time Attack! mode is all-new. Similar to the Puzzle mode, it offers a set of levels with pre-set patterns. The major difference is that the meter that moves toward the field falling one row is not based on the number of shots but moves automatically every few moments instead. The only way to stop it momentarily is to cause Snoods to fall down. The second all-new mode is a multiplayer mode via link cable, based on Classic mode. Each player is presented with a standard row of Snoods to clear. Each player also has a bar that is filled by removing Snoods. Filling the bar adds an extra row of Snoods to the opponent's field.