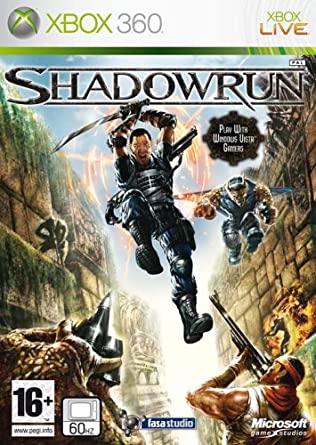 Powerful mega corporations, skyscrapers, cutting edge weaponry and.. elves, dwarves and trolls? Suffice to say, this is not your big brother's first-person shooter. In a (let's face it) bizarre twist on the Shadowrun franchise, FASA Studios has taken the classic series and transplanted it from its fantasy realm and the RPG genre into the near future and the FPS genre. Magic's been absent for the last five millennia, but in the year 2021, it makes a comeback. All of a sudden creatures of myth are crawling out of the woodwork and challenging the world order. The world is now in a bizarre arms race between advanced future tech and magic. You can play as the RNA, a global mega corporation, and seek to bring order and profit to the world. Or, if you're feeling a bit anarchistic, join the Lineage to keep magic free and running wild. In another break from tradition, Shadowrun is the first game to offer a cross-platform multiplayer option between Windows Vista and the Xbox 360. Up to 16 players can duke it out online to see which platform really is the greatest for the first-person shooter.