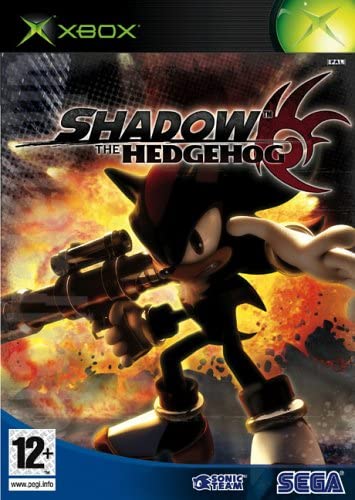 You may remember Shadow the Hedgehog from Sonic Adventure 2. Created as the ultimate life-form, he has struggled with his identity ever since. Is he created to save humanity, or to aid the forces of evil? All you really need to know is that he looks just like Sonic, only black and red and with a gun. The only way he will ever discover the secrets of his Shadowy past is by collecting the seven legendary chaos emeralds. These too will also give him the key to his currently uncertain future. This quest for personal fulfilment, however, coincides with the invasion of his home planet of Westopolis by an enormous alien force. The government has mobilised its army against this extra-terrestrial threat, but this means that they may take issue with them if you get in their way in times of national security. Things get even more complicated with the news that the devilish Dr. Eggman is also trying to get his mitts on the Emeralds - so getting there before him will not only offer Shadow control over his destiny, it will also help him to save the day. With the Sonic Adventure games a distant memory and the lush looking new Sonic game under wraps until the next generation, Sonic fans will have to make do with this for an intermediate hedgehog fix. The blurry blue one, though, does turn up in this title, as do other members of the ever growing gang of spiky, furry woodland creatures with amazing abilities. A third person action title, Shadow the Hedgehog might just have what it takes to keep that notoriously demanding crowd of SEGA fans content.